The leaking of the contents of a secret think tank meeting in Washington examining doomsday scenarios involving the two neighbours, has triggered controversy. 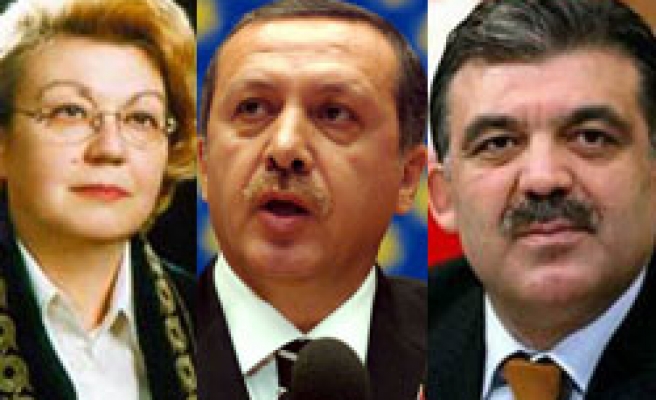 The leaking of the contents of a secret think tank meeting in Washington examining doomsday scenarios involving the two neighbours, has triggered controversy.

Organised by the neo-conservative think tank, the Hudson institute, the meeting was attended by two top Turkish generals as well as Kubad Talabani, the son of Iraqi President Jalal Talabani. Participants were asked to examine scenarios that might push Turkey towards invading northern Iraq.

It's alleged that various scenarios were discussed and participants asked to ponder what reactions or actions might follow. In the first a suicide bomber blows himself up in central Istanbul causing many deaths and then the former head of the Constitutional Court, Tulay Tugcu a prominent secularist is assassinated. After these events, 50,000 Turkish soldiers would enter into Iraq from the North.

Subsequently participants are given a series of clues or wildcards including a suicide attack by a man trained by Hezbollah in a Syrian camp, the discovery in a Turkish security force raid of Israeli secret service training videos showing Israeli agents along side PKK militants.

The Institute confirmed the meeting in a statement posted in its website and condemned those who leaked it into the press. “Although what was discussed at the meeting was not secret at all and should in no way be considered as a conspiracy against Turkey, said the statement.

While commenting on the scenario of The Hudson Institute regarding Turkey, Turkish Prime Minister Recep Tayyip Erdogan said on Monday, "don't take them seriously. Those are nonsense things."

Tugcu, the former head of Constitutional Court who in the hypothetical scenarios is assassinated, demanded an expalanation from the Turkish officials who took part.

Foreign minister Abdullah Gul’s comment was harsher. He told Hurriyet newspaper said “If what we read is true then the officers there should have left the room”.

Parliament speaker Bulent Arinc also criticised the officers. “It is a misconduct of the participants who were present in the meeting for not informing the responsible positions” Arinc said.