The president of Germany rejected a bid for clemency by the former leader of the far-left Red Army Faction and another member of the group that was active beginning in the 1970s, his office said Monday. 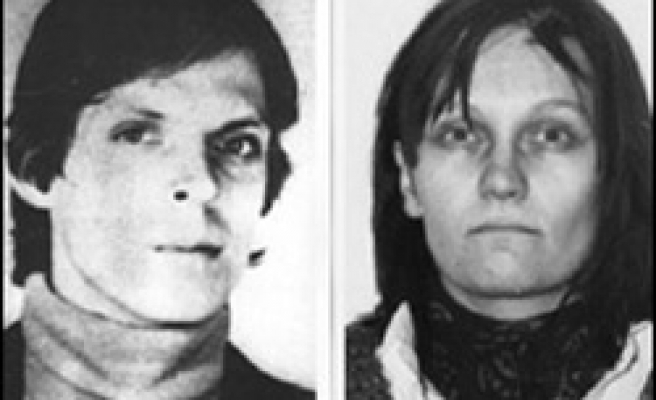 The president of Germany rejected a bid for clemency by the former leader of the far-left Red Army Faction and another member of the group that was active beginning in the 1970s, his office said Monday.

Former Red Army Faction leader Christian Klar is serving multiple life sentences for involvement in some of the group's most notorious killings. He was convicted of involvement in the murders of chief West German federal prosecutor Siegfried Buback, industrialist Hanns-Martin Schreyer and Dresdner Bank chief Juergen Ponto in 1977, when the Red Army Faction was at its peak.

He has been imprisoned for 24 years and is not eligible for parole until 2009.

The office of President Horst Koehler did not say why he had rejected Klar's bid for early release. Koehler, who met with Klar last week, considered the positions of courts, prosecutors and others, and had held talks with relatives of the victims, his office said.

The request from Klar, 54, had met with fierce opposition from many German conservatives, who argued that Klar who had shown no public remorse did not deserve mercy.

Their stance hardened after he sent a message to a left-wing conference earlier this year that seemed to indicate he had not lost his revolutionary fervor. Klar talked of "completing the defeat" of capitalism "and opening the door for a different future."

Koehler, a conservative, has been considering Klar's bid for clemency as Germany prepares to mark the 30th anniversary of the "German Autumn" of 1977, in which the Red Army Faction left a trail of dead as it fought to bring down a state it viewed as a capitalist oppressor. The group killed 34 people before declaring itself disbanded in 1998.

Koehler's office added that he also rejected a separate clemency bid from Birgit Hogefeld, another former Red Army Faction member who was convicted of murder in the 1985 bombing of a U.S. Air Force base in Germany, and of attempted murder in a failed attack on Hans Tietmeyer, then a Finance Ministry official, in 1988.

Hogefeld was convicted in 1996 after the judge at her trial said testimony had shown that she lured U.S. Army Spc. Edward Pimental out of a disco near Mainz the night of Aug. 7, 1985, to obtain his military ID. He was later found dead of a shot to the head in nearby woods.