The UN refugee agency has warned that the number of refugees in the world has risen for the first time since 2002, mainly due to the crisis in Iraq. 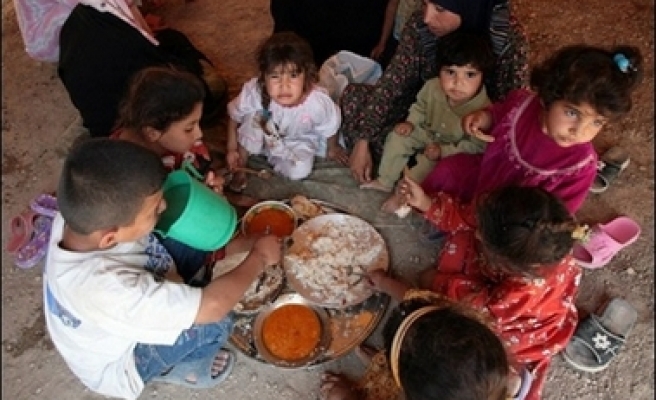 The UN refugee agency has warned that the number of refugees in the world has risen for the first time since 2002, mainly due to the crisis in Iraq.

UNHCR's '2006 Global Trends' report, released Tuesday, shows the number of refugees under the agency's mandate rising last year by 14 percent to almost 10 million. At the same time, the share of other categories of people under the agency's different mandates also grew sharply, in most cases as a result of improved registration systems and more accurate statistics.

"As the number of those uprooted by persecution, intolerance and violence around the world increases, we must face the challenges and demands of a changing world, while remaining faithful to our mandate of defending the rights of refugees and other people we care for," said High Commissioner for Refugees Antonio Guterres.

According to the UNHCR report, the increase in the number of refugees is largely due to the situation in Iraq, which by the end of last year had forced up to 1.5 million Iraqis to seek refuge in other countries, particularly Syria and Jordan.

UNHCR figures do not include some 4.3 million Palestinian refugees in Jordan, Lebanon, Syria and the Palestinian Territories, who fall under the mandate of a separate agency, the United Nations Relief and Works Agency for Palestinian Refugees in the Near East (UNRWA). If added, the total number of refugees under both agencies' mandates is more than 14 million.

In addition to refugees, for a number of years UNHCR has also been helping specific populations of internally displaced people (IDPs). These are people who have also fled their homes because of threats to their safety, but who have not crossed any internationally recognized borders. At the end of 2006, the total number of conflict-related IDPs worldwide was estimated at 24.5 million by the Norwegian Refugee Council.

As part of a strengthened collaborative effort to address the needs of IDPs, the United Nations assigned specific sectoral functions to various UN agencies last year. In that context, UNHCR assumed lead responsibility for protection, emergency shelter and camp coordination and management in IDP situations in a number of countries, including Uganda, the Democratic Republic of the Congo, Liberia and Somalia.

At the same time, hundreds of thousands of people were displaced within their own countries by the conflicts in Iraq, Lebanon, Sri Lanka, Timor-Leste and Sudan. By the end of 2006, the number of IDPs protected or assisted by UNHCR as part of the collaborative UN effort reached a record high of almost 13 million – more than half of the estimated IDP population in the world.

This is almost double the previous year's figure and is the single biggest reason for the sharp increase in the overall number of people under UNHCR's mandates – from 21 million in 2005 to almost 33 million last year.

"We are part of the collective response by the UN system and the broader humanitarian community to the plight of the internally displaced," said Guterres. "At the same time, faced with a situation like Darfur, the role of organizations such as ours is severely constrained. That may seem intolerable, yet our desperation is nothing next to that of the millions of victims of forced displacement."

Stateless people – those who do not have any nationality, and therefore in extreme cases do not officially exist – are another group that have benefitted from a more focused approach by UNHCR, in concert with host states and donors.

As a result of an ambitious survey of states, a more comprehensive view of the scale and complexity of this issue has been emerging. By 2006, the total number of stateless people identified had more than doubled to 5.8 million. This increase does not reflect new situations of statelessness but, rather, is the result of improved data coverage.

"Paradoxically, big increases in the numbers of stateless people may represent a sign of improvement – rather than deterioration – in their situation," High Commissioner Guterres said. "Recognition that stateless people exist is a vital first step towards finding a solution to their predicament. And, indeed, after years of slow progress, an increasing number of states have implemented, or are seriously contemplating implementing, lasting solutions for some of the world's forgotten stateless people." Last Mod: 20 Haziran 2007, 13:36
Add Comment