Violent Christian, Jewish and Muslim extremists invoke the same rhetoric of 'good' and 'evil' and the best way to fight them is to tackle the problems that drive people to extremism, according to a report's claim. 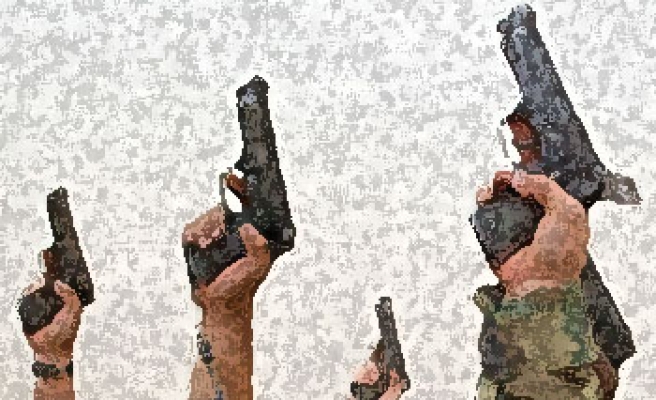 Violent Christian, Jewish and Muslim extremists invoke the same rhetoric of 'good' and 'evil' and the best way to fight them is to tackle the problems that drive people to extremism, according to a report obtained by Reuters.

It said extremists from each of the three faiths often have tangible grievances -- social, economic or political -- but they invoke religion to recruit followers and to justify breaking the law, including killing civilians and members of their own faith.

The report was commissioned by security think tank EastWest Institute ahead of a conference on Thursday in New York titled 'Towards a Common Response: New Thinking Against Violent Extremism and Radicalization.' The report will be updated and published after the conference.

The authors compared ideologies, recruitment tactics and responses to violent religious extremists in three places -- Muslims in Britain, Jews in Israel and Christians in the United States.

'What is striking ... is the similarity of the worldview and the rationale for violence,' the report said.

It said that while Muslims were often perceived by the West as 'the principal perpetrators of terrorist activity,' there are violent extremists of other faiths. Always focusing on Muslim extremists alienates mainstream Muslims, it said.

The report said it was important to examine the root causes of violence by those of different faiths, without prejudice.

'It is, in each situation, a case of 'us' versus 'them,'' it said. 'That God did not intend for civilization to take its current shape; and that the state had failed the righteous and genuine members of that nation, and therefore God's law supersedes man's law.'

This worldview was common to ultranationalist Jews, like Yigal Amir, who killed Israeli Prime Minister Yitzhak Rabin in 1995, to U.S. groups like Christian Identity, which is linked to white supremacist groups, and to other Christian groups that attacked abortion providers, it said.

'Extremists should never be dismissed simply as evil,' said the report. 'Trying to engage in a competition with religious extremists over who can offer a simpler answer to complex problems will be a losing proposition every time.'

She said it was dangerous for U.S. President George W. Bush to use terms such as 'crusade' or 'ridding the world of evil.'

'It really is falling into the same trap that these terrorists fall into, black and white thinking,' Stern told Reuters on Wednesday. 'It's very exciting to extremists to hear an American president talking that way.'

Conference organizers claims their aim is to develop a nonpartisan strategy to combat religious extremism.

The guest list includes representatives of the State Department, Homeland Security, the New York Police Department and the U.N. missions of Israel, Iraq, Britain and the Organization of the Islamic Conference.