A judge Saturday postponed the trial of three members of Saudi Arabia's religious police involving the death of a man in detention. 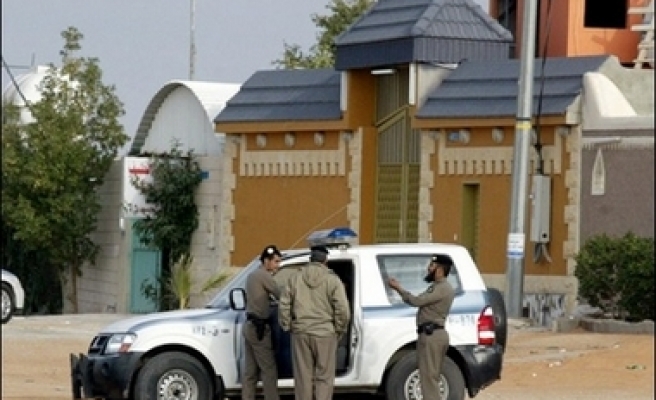 A judge postponed the trial of three members of Saudi Arabia's religious police involving the death of a man in detention.

Ahmed al-Bulaiwi, a retired border patrol guard in his early 50s, died in custody shortly after his June 1 arrest for being alone with a woman who was not a relative — an act is an offense.

"He went into custody a healthy man. He got out in a funeral procession," his cousin, Audah al-Bulaiwi, told The Associated Press by phone from the northern city of Tabuk, where the trial was to take place.

Al-Bulaiwi's death — and the case of a second man who died in custody — have provoked a public outcry, with almost daily coverage in government-guided newspapers and commentaries calling for reform of the Commission for the Propagation of Virtue and the Prevention of Vice.

Audah al-Bulaiwi, who is representing the family in court, said the trial was postponed because the documents he presented to the judge were incomplete. The judge did not set a new date for the trial, but assured the family the delay was only procedural, he said.

A statement by the governorate of Tabuk did not say how long the trial would last, what the charges against the men were or what punishment they would face if found guilty.

The police became suspicious of Ahmed al-Bulaiwi after they observed the woman getting into his car near an amusement park, according to accounts published by the local media. Under the kingdom's rules, a woman cannot drive, and can only go out in public with her father, brother, son or husband.

An investigation showed that al-Bulaiwi, who supplemented his pension by working as a driver, was asked by the family of the woman, who was in her 50s, to drive her home, according to press reports.

The Tabuk governorate said al-Bulaiwi died as a result of a severe drop in blood pressure and failure of the respiratory system.

Authorities are also investigating the death of Sulaiman al-Huraisi last month while in custody of the religious police. The force had raided his house in Riyadh because they suspected he had alcohol — illegal in Saudi Arabia.

In a third case, a Saudi woman has filed a lawsuit against the commission, claiming she was mistreated by a member of the religious police in 2004 because her abaya — the black cloak all women must wear in public — was not conservative enough. A hearing is set for July 2.

Meanwhile, members of the appointed Consultative Council, the closest entity Saudi Arabia has to a parliament, have rejected proposals to build more commission centers in the kingdom or give its members a 20 percent salary raise. While the council's actions are not binding, they reflect a general desire to curb the religious police's power.

While many Saudis say they support the idea of having the commission because its mandate is based on several verses in the Quran, they also say its members exploit their broad mandate to interfere in tiniest details of people's lives.
Last Mod: 24 Haziran 2007, 17:41
Add Comment