Peruvian police have recovered the remains of 13 people who were killed in a plane crash in the country's northeastern jungle, a regional official said. 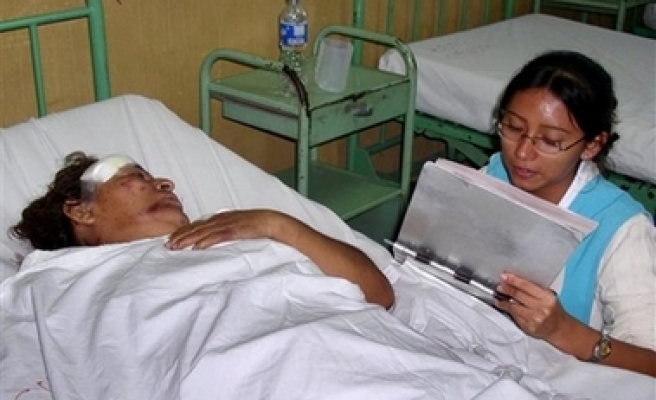 Peruvian police have recovered the remains of 13 people who were killed in a plane crash in the country's northeastern jungle, a regional official said Saturday.

The Defense Ministry said 20 people were traveling aboard the plane, but there were conflicting reports from police and the ministry about the number of survivors. Police said there are seven survivors, while the ministry originally said eight. Defense Ministry officials were not immediately available for comment.

The plane apparently was caught in a strong wind when it crashed 560 kilometers (350 miles) northeast of Lima, said Juan Montes, a police spokesman in the jungle village Contamana, the flight's next scheduled stop.

The three-man crew was among those killed, he said.

Norman Lewis del Alcazar, vice president of the Loreto region, said it was raining heavily when the flight, linking isolated jungle communities, left from Orellana. The plane originated in Iquitos, the capital of Loreto.

State news agency Andina reported that strong winds knocked down trees and ripped the roofs off some homes in the area that day.

Survivors — including a woman seven months pregnant — were being treated in Pucallpa, the plane's final scheduled landing, local media reported.

There are few roads in the vast northeastern jungle of Peru. Time-consuming river travel or flights are the only ways to reach distant points.