A British resident held by the US is suing a air company for allegedly organising flights that took him to Guantanamo Bay, his lawyers said Monday. 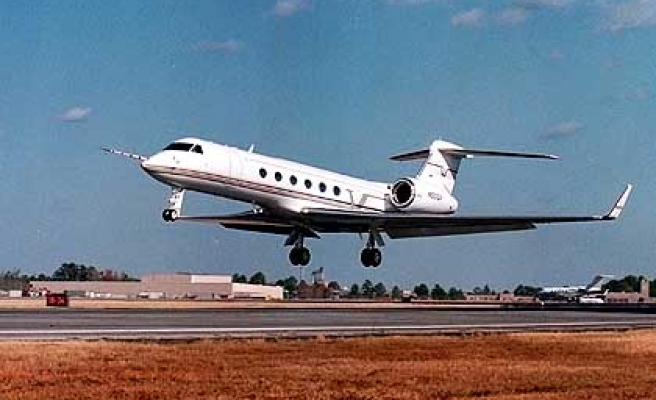 A British resident held by the US is suing a air company for allegedly organising flights that took him to Guantanamo Bay, his lawyers said Monday.

UK-based legal charity "Reprieve" has filed the claim for Binyam Mohamed, an Ethiopian who lived in the UK, who claims he was tortured at the camp.

Legal papers have been filed in California against "Jeppesen Dataplan", a subsidiary of "Boeing".

Jeppesen said it cannot confirm if it was involved with the flights.

A spokesman for the Colorado-based firm told the BBC "We have thousands of customers who fly tens of thousands of flights every day and with each one of them they have a reasonable expectation that their operations will be kept confidential".

Reprieve alleged Jeppesen was involved in the US Central Intelligence Agency's (CIA) "extraordinary rendition" of foreign nationals for detention and interrogation in overseas sites.

Reprieve, which provides legal representation to 37 prisoners in Guantanamo Bay, said it was the first time a corporation has been sued over the rendition flights.

It is bringing the case with the American Civil Liberties Union (ACLU).
The lawsuit against Jeppesen claimed the services they provided were crucial to the flights.

A report approved by a European Parliament committee earlier this year said more than 1,000 covert CIA flights had crossed European airspace or stopped at European airports in the four years after the 9/11 attacks in 2001.