His declaration that "the enemy is not only outside, but also inside" summarized much of his cinematic opus. 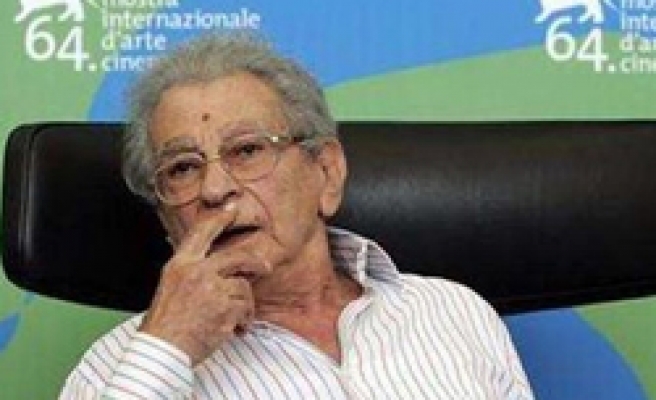 The grand master of Arab cinema, Egyptian film director Youssef Chahine, died at the age of 82 in Cairo on Sunday.

Chahine, 82, best known for his series of films linked to the Mediterranean city of Alexandria, had a brain haemorrhage in June and spent several weeks in a Paris hospital before returning to Cairo about 10 days ago.

The director's last film, Chaos, came out earlier this year but his colleague Khaled Youssef had to finish the work off because of Chahine's ill health.

But he has never shied away from controversy, criticising US foreign policy as well as Egypt and the Arab world.

Chahine made his first of 44 movies in 1950 and it was he who discovered and launched the career of fellow Egyptian Omar Sharif, who then shot to stardom with "Lawrence of Arabia" and "Doctor Zhivago."

He had said Cairo stopped subsidising his films after his 1973 cult movie Al-Asfur (The Bird) which attributed the Arab defeat in the 1967 war against Israel to the corruption of the political classes at the time.

His declaration that "the enemy is not only outside, but also inside" summarized much of his cinematic opus.

Chahine who had a French wife but no children, maintained a long association with France, including his 1985 film "Adieu Bonaparte" about Napoleon's invasion of Egypt in 1798.

And in 1992, he successfully directed a version of Albert Camus's "Caligula" at the Comedie Francaise theatre in Paris, before being awarded the Order of Merit by France's then president Jacques Chirac in 2006.

Chahine, a French speaker with a following in France, made the first of more than 25 films in 1950. In 1997 he received a lifetime achievement award at the Cannes film festival.