Renowned Iraqi poet Nazek al-Malaika, who was famous as the first to write Arabic poetry in free verse rather than classical rhyme, died Wednesday. She was 85. 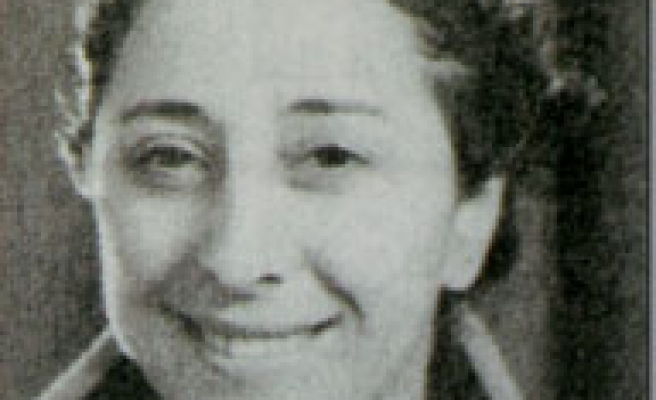 Renowned Iraqi poet Nazek al-Malaika, who was famous as the first to write Arabic poetry in free verse rather than classical rhyme, died Wednesday. She was 85.

Al-Malaika died of old age at a hospital in Cairo, where she had lived in self-imposed exile since 1990, said Nizar Marjan, the Iraqi consul in the Egyptian capital.

Born in Baghdad in 1922 to a mother who was also a poet and a father who was a teacher, al-Malaika discovered a love for literature early in life, writing her first poem at the age of 10.

She graduated in 1944 from the College of Arts in Baghdad, where she also studied music. Ten years later, she traveled to the United States to study and received a master's degree in comparative literature from the University of Wisconsin.

Al-Malaika left Iraq in 1970, just two years after Saddam Hussein's Baath Party came to power. She lived in Kuwait until Saddam's 1990 invasion, when she left Kuwait City for Cairo.

"I discovered that I was unable to express my mind-set and emotions like others. I chose loneliness, silence and shyness," she wrote in her memoirs. "And when I realized that I have to break this cycle in my nature, I was in a deep struggle with myself. I was taking one step forward and 10 steps backward. That took long, long years of my life."

Al-Malaika suffered for years from several ailments, including Parkinson's disease. Earlier this month, a group of Iraqi intellectuals wrote to the Iraqi government, protesting what they called negligence of "Iraq's greatest surviving symbol of literature."

Al-Malaika was to be buried Thursday in Cairo, Mirjan said. She is survived by a son. Her husband, Abdel Hadi Mahbooba, died two years ago.