Intelligence analysts predicted, in secret papers circulated within the government before the Iraq invasion, that al-Qaida would see U.S. military action as an opportunity to increase its operations and that Iran would try to shape a post-Saddam Iraq. 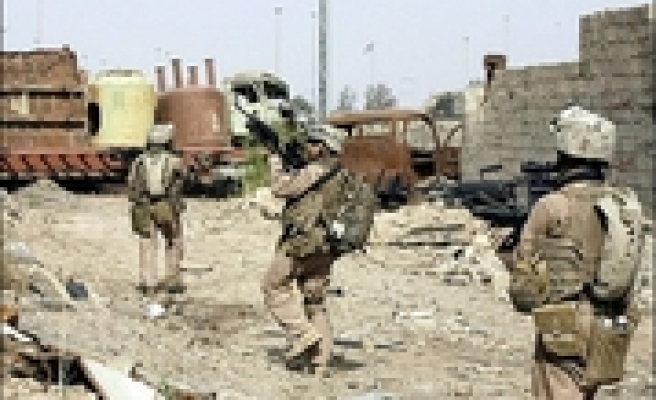 The top analysts in government also said that establishing a stable democracy in Iraq would be a "long, difficult and probably turbulent process."

Democrats said the newly declassified documents, part of a Senate Intelligence Committee investigation released Friday, make clear that the Bush administration was warned about the very challenges it now faces as it tries to stabilize Iraq.

"Sadly, the administration's refusal to heed these dire warnings — and worse, to plan for them — has led to tragic consequences for which our nation is paying a terrible price," said Senate Intelligence Chairman Jay Rockefeller, D-W.Va.

Some Republicans rejected the committee's work as flawed. The panel's top Republican, Sen. Kit Bond of Missouri, said the report's conclusions selectively highlight the intelligence agencies' findings that seem to be important now, distorting the picture of what was presented to policy-makers.

He said the committee's work on the Iraq intelligence "has become too embroiled in politics and partisanship to produce an accurate and meaningful report."

Asked about the report at his Thursday news conference, in advance of its release, President Bush stood by his decision to topple the Iraqi regime. He said he firmly believes the world is better off without Saddam Hussein in power.

"Going into Iraq, we were warned about a lot of things, some of which happened, some of which didn't happen," he said. "Obviously, as I made a decision ... I weighed the risks and rewards of any decision."

The investigation reviewed assessments from a number of agencies but focused on two January 2003 papers from the National Intelligence Council: "Regional Consequences of Regime Change in Iraq" and "Principal Challenges in Post-Saddam Iraq."

Those papers drew from expertise within a number spy agencies and were distributed to scores of White House, national security, diplomatic and congressional officials — most of whom were listed in 81 pages of the Senate report.

Among other conclusions, the analysts found:

• Establishing a stable democracy in Iraq would be a long, steep and probably turbulent challenge. They said that contributions could be made by 4 million Iraqi exiles and Iraq's impoverished, underemployed middle class. But they noted that opposition parties would need sustained economic, political and military support.

• Al-Qaida would see the invasion as a chance to accelerate its attacks, and the lines between al-Qaida and other terrorist groups "could become blurred." In a weak spot in the analysis, one paper said that the risk of terror attacks would spike after the invasion and slow over the next three to five years. However, the State Department recently found that attacks last year alone rose sharply.

• Groups in Iraq's deeply divided society would become violent, unless stopped by the occupying force. "Score settling would occur throughout Iraq between those associated with Saddam's regime and those who have suffered most under it," one report stated.

• Iraq's neighbors would jockey for influence and Iranian leaders would try to shape the post-Saddam era to demonstrate Tehran's importance in the region. The less Tehran felt threatened by U.S. actions, the analysts said, "the better the chance that they could cooperate in the postwar period."

• Military action to eliminate Iraq's weapons of mass destruction would not cause other governments in the region to give up such programs.

As numerous investigations have found, the intelligence agencies of the United States and its allies were wrong about Iraq's supposed weapons programs.

The report is the latest chapter in the Intelligence Committee's ongoing investigation into the prewar Iraq intelligence. Because committee members couldn't agree on clear conclusions about the postwar predictions, they saved their analyses for appendices attached to the report.

"They were no more authoritative than the many other educated opinions that were available in the same time frame," the Republicans wrote.