Reporter sues Yahoo over his imprisonment

A jailed Chinese reporter accused of leaking state secrets has joined a US lawsuit claiming Yahoo Inc. helped the Chinese government convict dissidents, his mother said Sunday.Shi Tao, who was sentenced in 2005 to 10 years in prison, is seeking compen 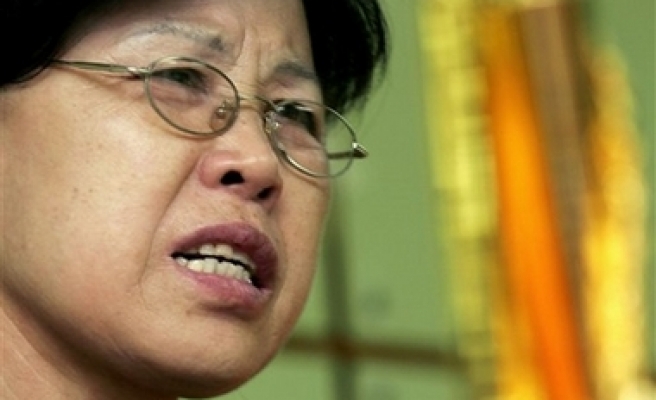 Shi Tao, who was sentenced in 2005 to 10 years in prison, is seeking compensation from the Sunnyvale, California-based Internet company because Yahoo Hong Kong and Yahoo China were accused of providing information to the Chinese authorities that led to his arrest.

Shi, a former writer for the financial publication Contemporary Business News, was jailed for allegedly providing state secrets to foreigners. His conviction stemmed from an e-mail he sent containing his notes on a government circular that spelled out restrictions on the media.

Yahoo has acknowledged turning over data on Shi at the request of the Chinese government, saying company employees face civil and criminal sanctions if they ignore local laws. It denies Yahoo Hong Kong was involved.

Shi’s legal challenge, filed on May 29th in US District Court, is part of an earlier lawsuit by the World Organization for Human Rights USA which is suing Yahoo Inc., its subsidiary in Hong Kong, and Alibaba.com Inc., a Yahoo partner that runs Yahoo China, citing federal laws that govern torture and other violations of international law.

Shi’s mother, Gao Qingsheng, insisted her son was innocent and that the family would press ahead with the legal action.

I believe my son is innocent. We will fight until the end. We sue Yahoo ... not for Shi Tao, but to avoid any more innocent people from being prosecuted in the future,’ Gao said at a press conference in Hong Kong.

The 61-year-old was in South Africa last week to receive the annual Golden Pen of Freedom prize on behalf of her son. On her way back home, she stopped by Hong Kong to meet lawmaker Albert Ho, who filed a complaint on the case to the city’s privacy commissioner last year.

Ho said he would also appeal to the privacy commissioner for its earlier decision that said there was not enough evidence to show Yahoo Hong Kong violated privacy regulations that led to Shi’s arrest.

Plaintiffs in the American case also include imprisoned dissident Wang Xiaoning and his wife, Yu Ling.

Wang Xiaoning was sentenced in September 2003 on the charge of incitement to subvert state power,’ a vaguely defined statute that the Communist Party frequently uses to punish its political critics.

The Chinese government said Wang distributed pro-democracy writings authored by him and others by e-mail and through Yahoo Groups, an online e-mail community. Last Mod: 11 Haziran 2007, 17:46
Add Comment