With the country due to end its loan agreement with the International Monetary Fund on Saturday, a view is building that after 19 standby agreements since 1961, it is time Turkey cut the ties and stood on its own economic feet. 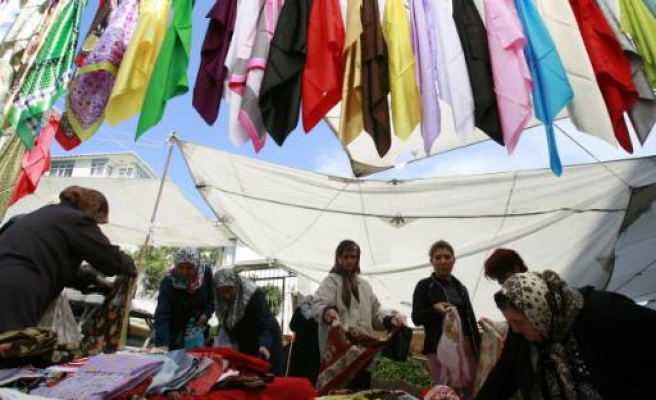 Consensus is rare in Turkey, but no one seems to like the IMF.

With the country due to end its loan agreement with the International Monetary Fund on Saturday, a view is building that after 19 standby agreements since 1961, it is time Turkey cut the ties and stood on its own economic feet.

"The IMF forced Turkey to sell its profit-making banks. Soon there will be nothing to sell. What will we leave to our children?" said Mustafa Koc, 47, standing in front of dozens of Turkish flags which he sells in Ankara's central Kizilay area.

Students, trade unionists, civil servants and even businessmen are asserting that the fund's programmes have never been a real help, and with inflation in single digits and growth averaging 6.8 percent in the last five years, they say Turkey no longer needs the IMF's rigours and disciplines.

"Turkey must go its separate way with the IMF and must certainly say 'no' to a new IMF deal," Ankara Chamber of Commerce Chairman Sinan Aygun told Reuters.

"Turkey needs to implement a programme which suits its conditions and serves its own interests. There are no countries which became rich implementing the IMF's economic programmes. They are all in poverty."

New powers including China, India and the Gulf states offer money without belt-tightening "Conditionalities", an alternative to years of austerity. And now Turks feel wealthier, they associate the IMF with problems more readily than solutions.

Working-class people in Turkey blame the IMF for high unemployment and depressed purchasing power, while businessmen complain about its tight monetary policies that they say led to the lira being overvalued and hurt their competitiveness.

"The IMF has damaged Turkey more than it benefitted it in the last two years. Its policies hurt our competitiveness and forced us to pay high interest," said Omer Bolat, a senior member of business forum MUSIAD, which has close links with the government.

Even some who accept the Fund helped Turkey in improving its public finances during a 2001 financial crisis say the government should now stop following prescriptions from the IMF, which has lent Turkey $45.8 billion since 2000. The trade unionists agree.

"The IMF has implemented programmes in several countries and it failed in all of them. Turkey is one of these countries," said Mustafa Kumlu, the head of the country's biggest labour group Turk-Is.

Even Economy Minister Mehmet Simsek said in March Turkey no longer needed IMF borrowing and would opt for either a precautionary standby with access to IMF cash, or a weaker post-programme monitoring deal with no lending facility.

If Turks seem ungrateful, their thinking is to some extent in line with traditional IMF client countries such as Latin American and Asian economies, which borrowed heavily from the IMF in the past and now have strong public finances.

Brazil, for example, achieved an investment-grade credit rating at the beginning of this month after pursuing IMF policies first and then its own economic programme later.

But some economists argue that Turkey is in a different position, and still needs the IMF's "help".

Where others have cash surpluses which make a domestic balance of payments crisis less likely, Turkey has a large and growing external deficit. It is also less stable politically -- its ruling, pro-business AK Party is fighting a threat of closure -- and its ties with the European Union, which Ankara hopes to join, are weaker than a few years ago.

Add to this the prospect of a weaker global economy -- Turkey's economic growth last year dipped to 4.5 percent -- and tighter real terms for credit all round, and Turkey may yet need the extra support the fund offers, those economists say.

"The IMF is still relevant, especially in a world where the credit crunch is back and some emerging markets such as Turkey may no longer benefit from excessive liquidity," said Omer Taspinar, a Turkey expert at the Washington-based Brookings Institute.

Kizilay -- the district in the heart of Ankara where flag-seller Koc was lamenting the sale of Turkish assets -- is in its way emblematic of sustained hardships that the IMF's inflation-beating approach has failed to rectify.

A district with just luxury stores a few years ago, it is now filled with discount stores or cheap pastry shops where customers grab a filling bite to eat.

"It takes more and more time to convince people to buy cosmetics," said Asuman Karaarslan, 28, a sales clerk. "People are reluctant to spend money as they pay housing or car instalments."

As for the Fund itself, an official declined comment -- beyond saying it is not the IMF's job to please everyone.