Pakistan's army chief has made changes to important posts in the military as a new civilian government made up of opponents of former army chief President Pervez Musharraf prepares to take power. 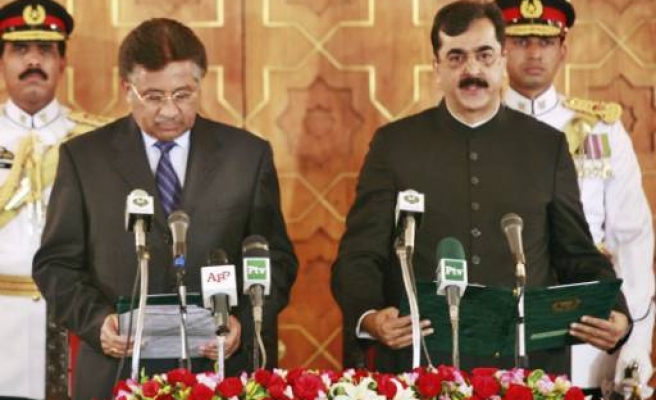 The changes by army chief General Ashfaq Kayani, announced late on Monday, were the first major reshuffle in the army's top ranks since Musharraf stepped down as army chief in November.

The military has ruled more than half of Pakistan's 60 years of independence and changes in the army's leadership have always been closely watched.

Security analysts said the changes were routine but with some of the commanders Musharraf promoted being replaced, they reflected the increasingly isolated president's waning influence in the powerful military.

The most important changes involved commanders of two of the army's nine corps.

Lieutenant-General Shafaat Ullah Shah, a close confidante of Musharraf, was replaced as commander of a Lahore-based corps.

Shah was appointed chief of logistics staff at army headquarters and was replaced by Lieutenant General Ijaz Ahmed Bakhshi, the military said in a statement.

Lieutenant-General Sajjad Akram, the commander of another corps based in the city of Mangla, was appointed deputy head of a government agency set up to oversee rehabilitation in areas devastated by an October 2005 earthquake.

The former deputy of the earthquake rehabilitation agency, Lieutenant General Nadeem Ahmed, was made commander of the Mangla-based corps.

Army chief Kayani said this month the military would stay out of politics, increasing doubts whether the army, for years Musharraf's main source of power, would go out on a limb to back him in the event of confrontation with the elected government.

"With the reshuffle of Musharraf's loyal corps commanders Kayani is establishing his writ over the army without appearing precipitate," said one security analyst who declined to be identified.

The News newspaper said the new appointments showed "the sands of power were shifting from those till now running the show for almost a decade".

"The changes in the army command will hopefully enable the new army chief to fully support the new political system and play the role of neutral member of the power troika which President Pervez Musharraf has envisaged some months ago," it said.

Musharraf sees the country being run by the prime minister with the help of the president and army chief.