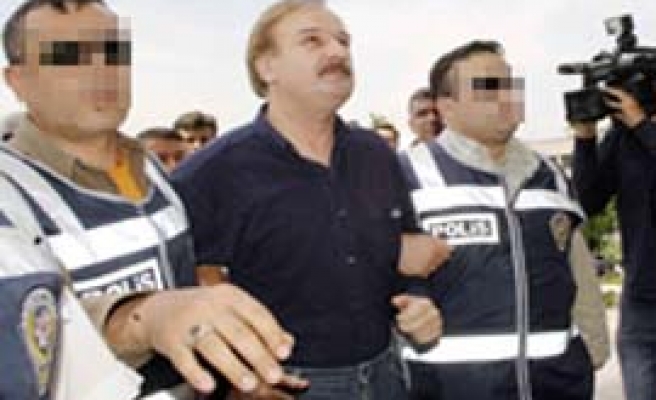 Retired Capt. Muzaffer Tekin and retired noncommissioned officer Mahmut Öztürk, who were taken into custody as part of an investigation that uncovered 27 hand grenades, a large amount of TNT explosives and fuses in the Umraniye district of İstanbul, have been arrested by an Istanbul court.

After being forwarded to the İstanbul 9th High Criminal Court by the office of the public prosecutor, which charged them with being members of a terrorist organization and obtaining secret state documents, Tekin and Öztürk were sent to jail.

Tekin, who was taken into custody during the investigation of the Council of State attack of last summer but later released, described retired noncommissioned officer Oktay Yıldırım as being “like my son”; the latter is alleged to be the owner of the hand grenades found in Ümraniye.

Öztürk, who had taken Tekin to the hospital after he attempted suicide at home following the Council of State attack, was taken into custody shortly after Tekin.

Investigators are searching Tekin and Yıldırım’s computers following the seizure of the hand grenades.

It is claimed that the computers contain encrypted files that include plans from an organization named “Ergenekon,” details about the organization and minutes from National Security Council (MGK) meetings -- classified documents.

However, a statement made by the MGK yesterday afternoon denied news reports suggesting that meeting minutes had been acquired by third parties.

Öztürk had come to public notice though the Tekin connection.

Tekin had been taken into custody on suspicion of helping and maintaining a terrorist organization.

Yıldırım, Mehmet Demirtaş and Ali Yiğit were arrested on charges of being members of a terrorist organization and illegal possession of explosives.

In his statement Demirtaş said Yıldırım brought the hand grenades to his home. Ali Cansev,