President Gül will meet today with former Chief of General Staff retired Gen. Özkök as part of attempts to ease tension in the country in the midst of an investigation into Ergenekon. 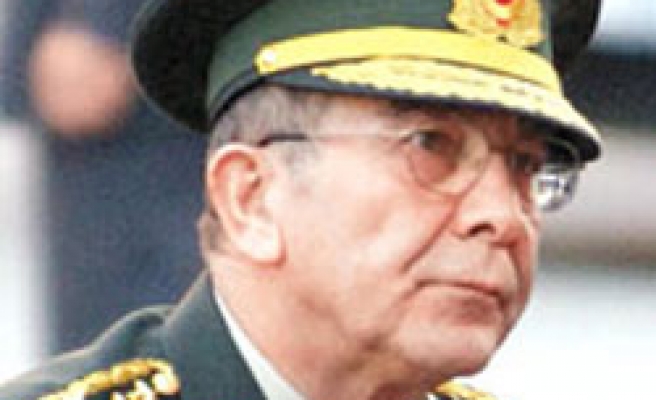 In an interview with Fikret Bila, Ankara bureau chief of the Milliyet newspaper, Özkök said he could neither confirm nor confute that senior army generals plotted three coup attempts codenamed Sarıkız (blonde girl), Ayışığı (moonlight) and Eldiven (glove). "I can neither say there were or weren't coup plans. In other words, I can neither confirm nor deny them. This is all I can say," he told the daily. An investigation into Ergenekon -- a neo-nationalist organization with former senior army generals, journalists and businessmen among its members that sought to stage a coup against the governing AK Party government -- has revealed that Turkey escaped three potential coups d'état in 2004.

Asked what he thinks about a diary detailing failed coup plans against the government that allegedly belonged to retired Adm. Özden Örnek, Özkök recalled that Örnek had insisted that the diary doesn't belong to him.

"While one party [referring to Alper Görmüş, the editor-in-chief of closed newsweekly Nokta, which published parts of the diary] says the diary belongs to Örnek, the admiral says it doesn't. I think we should trust Adm. Örnek. If he says the diary doesn't belong to him, we should trust him," stated Özkök. Bila also asked Özkök whether he would stand as a witness in the ongoing Ergenekon case if he is called to court.

"I will think about it if I am called. I am not really aware of what is happening in the judicial mechanism at this point. If they ask me to stand as a witness about an issue that occurred during my time in office, then I guess the General Staff may need to step in. They may first need to apply to the General Staff to call me as witness. But, as I have just expressed, I am not fully aware of the workings of the judicial mechanism. I don't know how the legal process works," Özkök replied. Özkök also expressed his sorrow over the former senior generals who were arrested last week as part of the Ergenekon operation. "I hope my soldier friends get through this process cleared of all charges. I hope this process will be completed soon," noted Özkök.

President Gül to meet with Özkök

President Abdullah Gül will meet today with former Chief of General Staff retired Gen. Hilmi Özkök as part of attempts to ease tension in the country in the midst of an investigation into Ergenekon, a group that is being accused of having plotted a failed coup attempt against the Justice and Development Party (AK Party) government.

The arrests in the Ergenekon operation have been criticized by certain circles, who have indicated that the prosecutor is arresting the government's opponents with no sound evidence, saying that no indictment has yet been presented to courts in the investigation, which has continued for more than a year.

President Gül has had a number of meetings with civil society groups and political party leaders in the hopes of putting a stop to increasing polarization. As part of his efforts, he will be having lunch with Özkök today at the Çankaya presidential palace. Former European Court of Human Rights judge Rıza Türmen will be another guest of the palace on Monday.

The presidential palace in a statement said the meetings have the aim of "bringing together people who have an influence on society from various segments of society." Özkök garnered attention from the press recently with his statements on the Ergenekon investigation. Speaking on a final wave of arrests in the investigation, including that of two retired generals, Özkök said the developments showed that the country was being dragged into chaos. He had also suggested that an "official actor" who has the support of the people should do something to alleviate the tension. He noted that the Constitution makes it clear which figure bears responsibility for establishing mutual understanding between various state agencies. In other words, Özkök had suggested that Gül become involved in the Ergenekon dispute without naming him directly.

Meanwhile, in a meeting with German Green deputies Cem Özdemir and Renate Künast at Çankaya Palace yesterday, Gül said he had high hopes for Turkey's future despite the developments. The two deputies said Turkey was increasingly being polarized, to which Gül said: "I am looking at the future of Turkey with hope. There will be no compromise on democracy and European Union membership."