News and information group Reuters has agreed to be bought out by Canadian financial data provider Thomson in a deal worth about 8.7 billion pounds (17 billion dollars), it was confirmed here Tuesday. 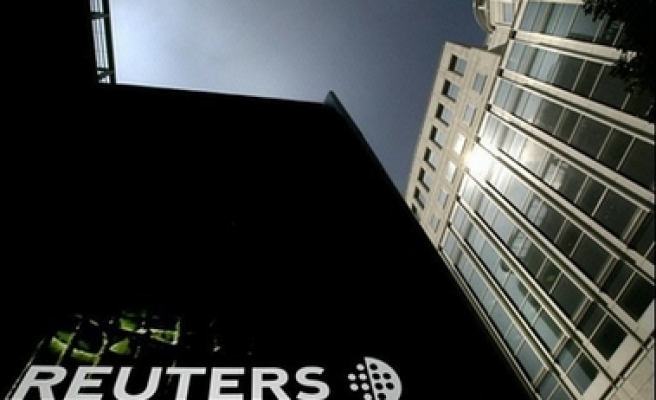 News and information group Reuters has agreed to be bought out by Canadian financial data provider Thomson in a deal worth about 8.7 billion pounds (17 billion dollars), it was confirmed here Tuesday.

The tie-up will create the world's biggest financial news and data firm, allowing the new company to leapfrog its main rival, US-based Bloomberg, the company said.
Other news firms are also eyeing deals as they seek to cut costs, squeeze rivals and increase their client base, analysts said.

Reuters and Thomson reckon their deal will save them 500 million dollars (250 million pounds) a year.

Thomson, whose publishing interests include law, tax and scientific research, has been expanding its non-data business.

Reuters will complement its news operations in the US and AFX in Europe, the analysts said.

They added that a merged Thomson and Reuters would be in a stronger position to compete with Bloomberg.

The three companies are rivals in the "terminal" market, providing news and financial data on stocks, currencies and bonds to banks, traders and brokerages.

According to industry estimates released last April, Bloomberg has a 33 percent share of the terminal market, with Reuters controlling 23 percent and Thomson 11 percent.
Following the merger, the new company will be called "Thomson-Reuters" and will be listed on stock exchanges in London and Toronto.

It will have annual revenues of about 12 billion dollars and almost 49,000 employees.
"The shared expertise and complementary strengths of these two companies makes for a strategically compelling and financially attractive combination", said Niall Fitzgerald, chairman of Reuters, in a statement.

While the companies are keen for the tie-up to go ahead, it still needs approval from competition regulators, and some analysts questioned whether they would get the go-ahead. Concerns about getting approval for the deal have held back Reuters' share price, trimming some of its gains for this year.

The company's shares have added more than 30 percent since the end of 2006.
At the same time, some observers have questioned whether the agreement will damage the reputation of Reuters' news service.

Fore more than 150 years, Reuters has been one of the great independent news organizations, the analysts pointed out.

According to the terms of the deal, Reuters shareholders will get 352.5 pence in cash and 0.16 Thomson share for every Reuters share they own.
That values Reuters shares at 692 pence each, the companies said in their statement.
Reuters boss Tom Glocer will head the enlarged firm, while Thomson president and chief executive Richard Harrington will retire.

The Thomson family will own 53 percent of the new firm through its Woodbridge investment vehicle. Last Mod: 15 Mayıs 2007, 12:49
Add Comment