Reuters, the financial news and data provider, has said it received a takeover approach from an unidentified bidder, sending its shares up almost a third. 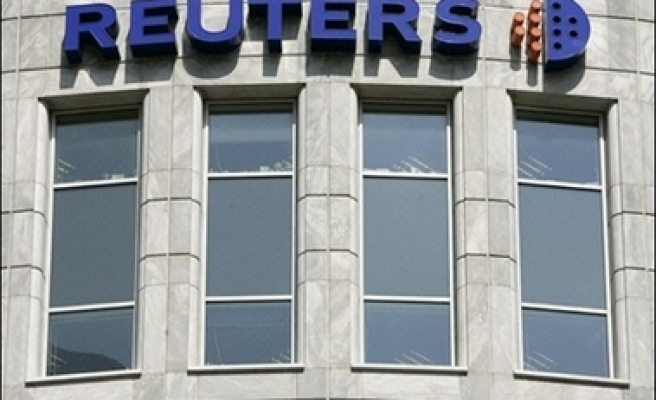 Reuters, the financial news and data provider, has said it received a takeover approach from an unidentified bidder, sending its shares up almost a third.

A Canadian newspaper reported on its website on Friday that Thomson, a Toronto-based publisher, was in talks to buy London-based Reuters.

The Globe and Mail newspaper, Canada's second largest, reported that it had received inside information on the takeover from sources close to both companies.

London-listed Reuters declined further comment, as did Thomson Corp. News Corp could not immediately be reached.

"We believe the most likely bidder is Thomson, which is already a player in the financial space and, with the sale of its College Education business for $5 billion well advanced, has the firepower to fund a deal," Numis Securities analysts wrote in a research note.

They forecast any bid was likely to be in the range of 610 pence a share to 660 pence, while other analysts, said they could imagine a trade buyer offering up to 750 pence a share.

Media shares have surged since News Corp unveiled a $60-a-share-bid for Dow Jones on Tuesday - a 65 per cent premium to The Wall Street Journal publisher's closing price on Monday.

One banking source said Thomson was unlikely to be able to pay for a deal fully in cash and that it might also face scrutiny from anti-monopoly regulators.

"The board of Reuters confirms it has received a preliminary approach from a third party which may or may not lead to an offer being made for Reuters," Reuters said in its statement on Friday.

"There is no certainty an offer will be made or necessary approvals, including those required under Reuters constitution, will be received."