Having grown up with parents who are both doctors, it's no surprise that Riaad Moosa turned to the medical profession when faced with life-changing decisions such as choosing a career. 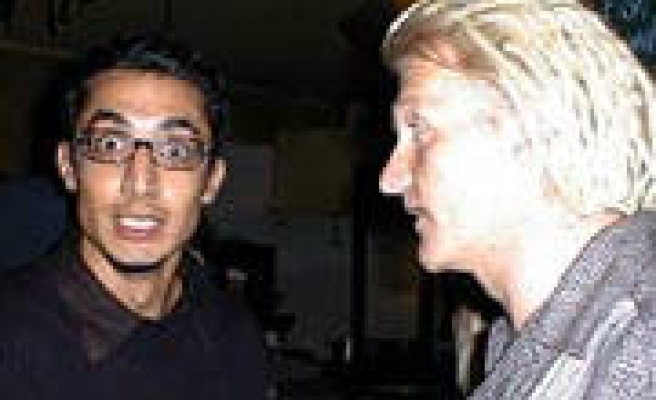 The rabbit-out-of-the-hat trick this doctor-turned-comedian pulled though is that he decided to abandon hospital operating theaters for theaters of the entertaining kind after completing his studies. Moosa was well-prepared for performances as he spent his high school years honing his skills as a magician at a Cape Town school of magic.

Part of the magician's training was doing a bit of comedy and he decided to do without the tricks and stick to the laughs. A career in stand-up comedy ensued; and since then, Moosa has appeared on South African television shows and performed before packed audiences with his Muslim comedian act.

His latest show, Strictly Halaal, has recently been traveling South Africa, including his home city - Cape Town. Moosa had the audience's stomach muscles doing back-flips as he tackled idiosyncratic moments in the Muslim community. But he also had a serious element to his repertoire as he tackled the growing discrimination against Islam.

Before the show, his press release informed that the show would be "a message of love, tolerance and oneness but hopefully it's also funny." Moosa also produced a radio publicity campaign aired via a commercial radio station.

The advert featured a fake Osama bin Laden warning that Moosa would be in town soon. It's a gimmick that raised interest and ensured ticket sales. Moosa says he has no problems about not working as a doctor and is content that his comedy career is taking off.

"As a doctor, my opinion on saving your life is to get a second opinion. My comedy career is taking off for now," he says with a smile.

Moosa's career has literally taken flight as he's performed at the Heavyweight Comedy Jam in London and at the Edinburgh Festival Fringe. It's a far cry from the South African townships where he did his medical training as a student. Then again, he says he's all about "breaking down barriers."

"I hear people saying weird things about Muslims. I heard people say that they heard Muslims are not allowed to have cats or animals or eat beef. They just don't know any better. There's also a lot of propaganda on TV so a big part of my show is about being a Muslim in post-9/11," says Moosa.

"I make halal jokes and it's relevant and close to me. I want to do something positive, but I accept that what I say can be misconstrued. People could take some of my jokes and use [them] against Muslims."

Anyone who has sat through most comedy shows would agree that discrimination amidst intentionally politically incorrect comedy circles is the norm. Moosa's response is to not be defensive but rather to be informative in his work.

"You can't stop a trend. However, Muslims should express themselves to dispel the stereotypes. If we don't expose Islam to other people, then we can't really complain when discrimination happens," he offers.

He agrees that offensive jokes do create tension in the Muslim community.

"Some Muslims feel they can't relax. There are a lot of jokes that build up tension." Such humor can be construed as discrimination, says Moosa, "so, Muslims are on the defensive. Every joke can emphasize a negative stereotype. Muslims also need to express themselves," he added.

Most comedians "never take jokes seriously," according to Moosa. And he's certainly not going to get a heart attack over a few jokes from uninformed comedians. So his advice, as a medical practitioner, is to also laugh a little.

He's currently planning to host an international festival of Muslim comedians in Cape Town later this year. Talks are underway to secure talent from the United States and Palestine. He also aspires to open the first "halal comedy club" in South Africa.

Will he invite Osama bin Laden to the show later this year or perhaps to the comedy club? Bin Laden seems to have been missing-in-action for Moosa's recent touring with Strictly Halaal.

"I couldn't get through to Osama. There's bad reception in the cave," informs Moosa.

"Besides, he said he wants to watch Fear Factor or something."