Rice in Egypt at start of Middle East tour

US Secretary of State Condoleezza Rice arrived in Egypt on Tuesday at the start of a regional tour. 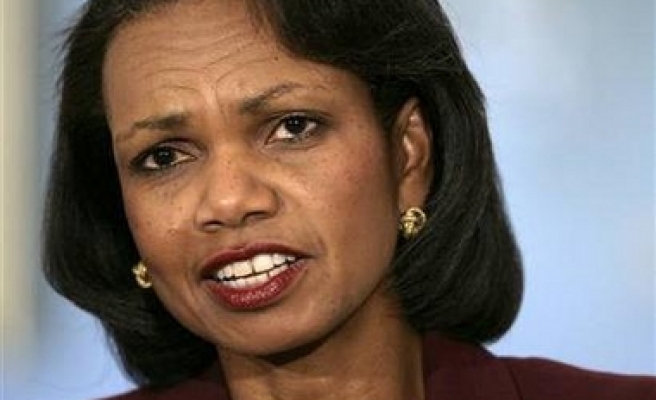 Rice was due to meet Egyptian officials including President Hosni Mubarak, Foreign Minister Ahmed Abul-Gheit and intelligence supremo Omar Suleiman, who on Monday cancelled a trip to Israel in "protest" at Israel's Gaza offensive.

The secretary of state refrained for criticizing Israel over its Operation Hot Winter which claimed dozens of Palestinian lives in the space of two days in the Gaza Strip, including women and children.

"I am going to have discussions with the Egyptians, with the Palestinians and with the Israelis about how you might get violence to stop. But first and foremost Hamas needs to stop firing rockets into Israeli cities," she said referring to the ruling Islamist group in the Gaza Strip.