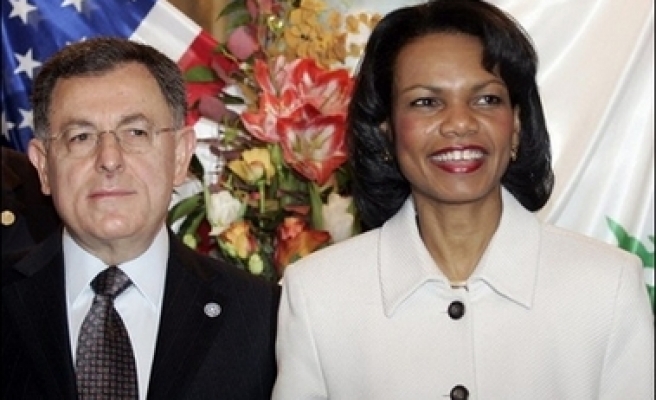 US Secretary of State Condoleezza Rice met with Lebanese Prime Minister Fuad Siniora in Paris on Tuesday and underscored Washington's support for his embattled government, a spokesman said.

Rice told the prime minister that "it was remarkable how well the Lebanese people and Prime Minister Siniora were standing up to the many challenges facing Lebanon," State Department spokesman Sean McCormack said.

The meeting took place after six soldiers serving with Spanish UN forces were killed in a bomb attack on Sunday in southern Lebanon.

"She emphasized our continued support as the government confronts the threat posed by violent extremism," said the spokesman.

Rice also underscored her support for the Siniora government in its political and economic reform efforts, he added.

The secretary of state held her first meeting with President Nicolas Sarkozy and attended a conference on Darfur during her visit to Paris.