The U.S. and Syria could hold their first substantive high-level talks in years as early as Thursday, energizing an international gathering on Iraq's future. 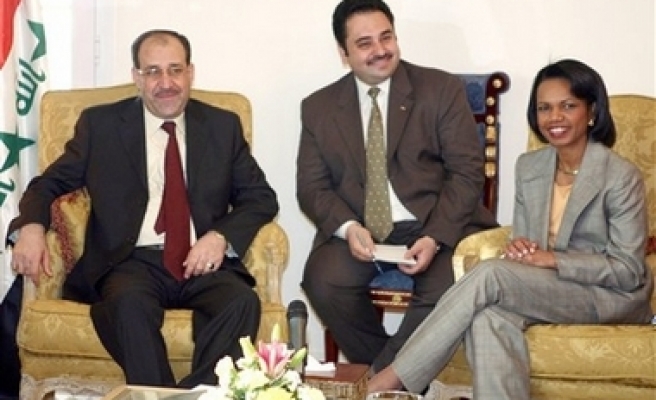 The U.S. and Syria could hold their first substantive high-level talks in years as early as Thursday, energizing an international gathering on Iraq's future.

There were signs Wednesday that Secretary of State Condoleezza Rice was warmer to that idea than to what would be a more dramatic face-to-face meeting with Iran.

"Wouldn't rule it out," Rice responded when asked about meeting with Syria's foreign minister, a former ambassador to Washington. "We'll see who's there and what conversations take place."

Rice said she's willing to talk with Iran, too, after years of accusations and name-calling between the nations. President Mahmoud Ahmadinejad expressed interest, too.

"If we encounter each other, then I'm certainly planning to be polite, to see what that encounter brings," Rice said of a potential discussion with Iran's foreign minister.

Ahmadinejad on Wednesday said Tehran would welcome talks with the U.S. on the sidelines of the conference, the official Islamic Republic News Agency reported.

"The Iranian nation welcomes honest dialogue" with the U.S.,Ahmadinejad was quoted as saying during a speech in the southern Iranian city of Sirjan. Ahmadinejad also warned that it would be a mistake to think the U.S. could pressure Iran into rolling back its nuclear program with dialogue.

The two-day conference in this Red Sea resort town is expected to bring together officials from Iraq, the U.S., Iran, Russia, China, Europe and Arab nations.

Although the subject at hand is the economic and political stability of chaotic Iraq, even the conference host Egypt appeared focused on the possibility for tentative diplomatic openings around the edges of the formal sessions.

Rice could meet as early as Thursday with her Syrian counterpart, Walid Moallem, said an Egyptian official, who spoke on condition of anonymity because he was not authorized to speak to the media.