U.S. Secretary of State Condoleezza Rice will visit Moscow next week as the United States seeks to persuade Russia on missile defense, Kosovo and other issues, the State Department said on Monday. 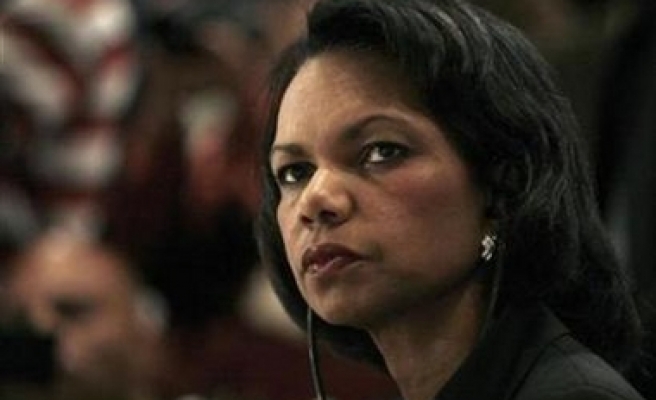 U.S. Secretary of State Condoleezza Rice will visit Moscow next week as the United States seeks to persuade Russia on missile defense, Kosovo and other issues, the State Department said on Monday.

State Department spokesman Sean McCormack told reporters Rice would travel to Moscow on May 14 and 15, saying her talks with senior Russian leaders would cover topics including "Iran, Kosovo, Israeli-Palestinian concerns and missile defense."

Washington has angered Russia and unsettled some European allies with a plan to deploy 10 missile interceptors in Poland and radar in the Czech Republic from 2012 to help shield Europe from possible missile attack by nations such as Iran.

Russia has yet to be persuaded by U.S. arguments that the system is no threat to its nuclear deterrent and has so far rebuffed U.S. invitations to cooperate on the system.

Washington also is at loggerheads with Moscow because of a U.N. plan for supervised independence for Kosovo.

Russia, which holds a veto on the U.N. Security Council, has repeatedly said it will not accept a solution that is not acceptable to Serbia, which adamantly opposes any form of independence for Kosovo.

"There are a lot of issues to talk about in the U.S.-Russia strategic relationship, spanning from nuclear nonproliferation to missile defense to the development of democracy in Russia," McCormack said.

McCormack said it was up to the Russians whether Rice would meet Russian President Vladimir Putin in Moscow, although he said Putin has seen her on such visits in the past.

Putin caught the Bush administration off guard with a February 10 speech in Munich in which he accused the United States of seeking to impose its will on the world.

Not stop in Israel

Spokesman Sean McCormack added that Rice would probably not add stops in Israel and the West Bank, as she had been expected to do, because of political turmoil in Israel.

"There's, obviously, a lot of politics in Israel," McCormack told reporters. "I would say it's a change in plans, yes."

Rice had been expected to return to Jerusalem next week for what has been a monthly checkup on her efforts to steer Israel and the Palestinians back toward peace talks. With the highly unpopular Israeli Prime Minister Ehud Olmert in political limbo, however, Rice decided to delay meetings centered on a new U.S. list of "benchmarks" for both sides.
Last Mod: 08 Mayıs 2007, 10:43
Add Comment