U.S. Secretary of State Condoleezza Rice said that IRaq and US are close to a deal on the presence of U.S. troops beyond this year. 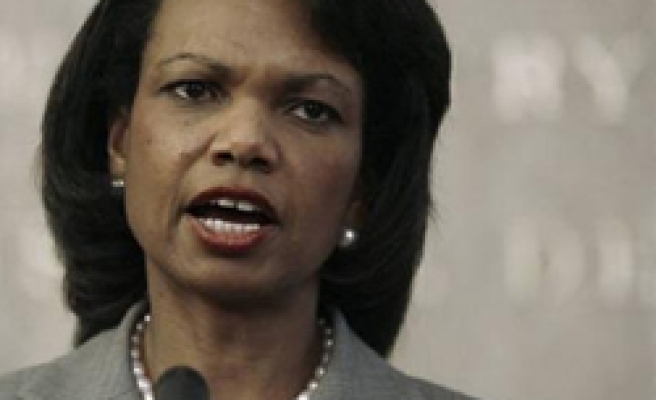 U.S. Secretary of State Condoleezza Rice made an unannounced visit to Baghdad on Thursday and said the United States and Iraq are close to a deal on the presence of U.S. troops beyond this year.

Secretary of State Condoleezza Rice pressed Iraqi leaders to agree quickly to a U.S.-Iraq security deal that outlines the withdrawal of American troops, including a pull-out from cities by next June 30.

Rice denied reports that the deal on the U.S. troop presence has already been reached, but said it was close.

The long-awaited agreement will allow U.S. forces to stay in Iraq beyond the end of this year, when a U.N. Security Council mandate expires. The U.N. mandate for an international presence was enacted after the U.S.-led invasion that toppled Saddam Hussein in 2003.

A commitment to withdraw combat troops in 2010 would resemble the plan offered by U.S. Democratic presidential candidate Barack Obama, who wants them out by mid-2010.

The administration of President George W. Bush and Republican candidate John McCain say troop reductions are possible but they do not want to commit to a firm timetable.

The Bush administration began speaking last month of "time horizons" and "aspirational goals" for a withdrawal.

Other issues that need to be sorted out include immunity for U.S. troops from Iraqi law and the status of prisoners held by American forces.