"Syrian human rights organisations reported that as many as 25 may have been killed," Human Rights Watch said in a statement, adding that it had obtained the names of nine inmates thought dead. 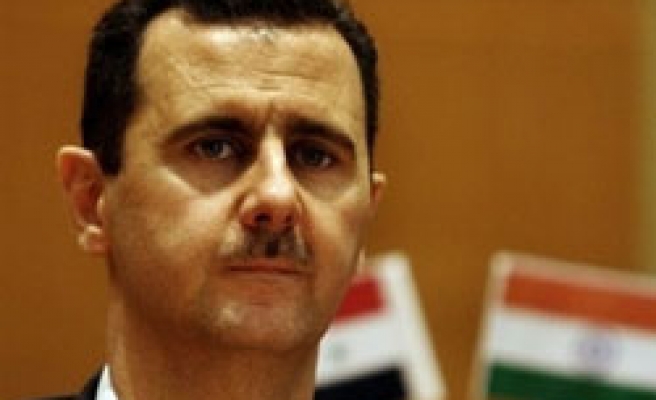 New York-based Human Rights Watch on Tuesday called on Syria to order an independent inquiry into the shooting of prisoners during a jail riot this month and to disclose the victims' names.

Syria has said little about the riot which erupted on July 5 at Sidnaya prison, 30 km (19 miles) northwest of Damascus.

The authorities said it had been put down by the following day. But the jail remains surrounded by security forces, visits are banned and a nearby hospital is also off limits.

"Syrian human rights organisations reported that as many as 25 may have been killed," Human Rights Watch said in a statement, adding that it had obtained the names of nine inmates thought dead.

One member of the military police was also confirmed dead following his burial near Aleppo, the statement said.

Syria's state news agency reported on July 6 that anti-riot police had intervened "to restore calm" under the pretext of suggesting the involved prisoners were militants.

Syria, which has been ruled by the Baath Party since 1963, holds thousands of Islamists and other political prisoners, including writers and human rights advocates.

"President Bashar al-Assad should immediately order an independent investigation into the police's use of lethal force," said Sarah Leah Whitson, Middle East director at Human Rights Watch. "We still don't know how the prison standoff ended, or the number and names of those killed and wounded," Whitson said.

"The last known communication from the prisoners was a July 8 phone call from an inmate to his family, saying that security officials were threatening to violently storm the prison if the prisoners did not surrender," the statement said.