Nobody is prosecuted for the killings and the authorities have imposed a virtual media black out detaining both journalists and human rights workers, HRW said. 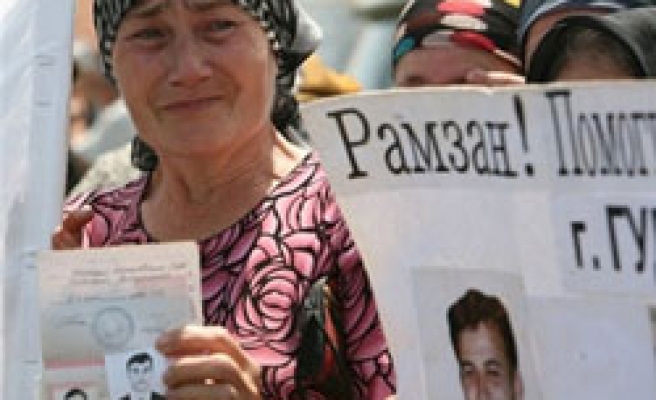 A leading human rights group said on Wednesday Russian forces were killing innocent civilians as they try to attack insurgents in Ingushetia.

"The crimes in Ingushetia, although on a far smaller scale, evoke the thousands of enforced disappearances, killings and torture cases that plagued Chechnya for more than a decade," said Tanya Lokshina, main author of the HRW's 120-page report.

HRW said Russian forces killed civilians in anti-insurgent raids and beat up young men in police custody in 2007 and 2008.

Ingushetia is one of the smallest republics in Russia and has a population of about 300,000. It neighbours Chechnya, where insurgents fought Russian soldiers in two wars since 1994.

"Far from ending the insurgency, 'dirty war' tactics are likely to further destabilise the situation in Ingushetia and beyond," Lokshina said in a statement.

Assassins have murdered prominent Ingush police chiefs and judges, bombs explode at the side of roads and military helicopters monitor the population from the sky.

Last year the Russian authorities ordered an extra 2,500 soldiers to Ingushetia and declared the start of a counter-insurgency operation which the authorities insist is being won.

"In summer 2007, for example, security forces opened fire on Islam Belokiev one afternoon at a car market," the report said. "They then surrounded him, barred medical help from reaching him and let him slowly bleed to death."

Nobody is prosecuted for the killings and the authorities have imposed a virtual media black out detaining both journalists and human rights workers, HRW said.

A Russian court last month ordered the main opposition website in Ingushetia to be closed after the authorities accused it of spreading "extremist" material.

HRW called on Russia to investigate all accusations of murder by the security forces and for the international community, especially the European Union, to increase pressure on Russia