Serbian government must increase its support for the chamber if it is to end impunity for war crimes in Serbia, campaign group Human Rights Watch said in a briefing paper released on Thursday. 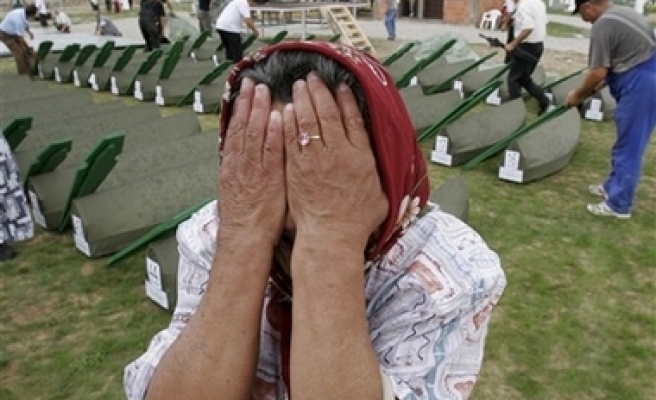 Serbia’s War Crimes Chamber has made significant progress in domestic prosecutions since its establishment in 2003, but the Serbian government must increase its support for the chamber if it is to end impunity for war crimes in Serbia, campaign group Human Rights Watch said in a briefing paper released on Thursday.

"The Serbian government needs to show that it has the political will to end impunity for war crimes," said Sara Darehshori, senior counsel in Human Rights Watch’s International Justice Program. "Belgrade must surrender the remaining fugitives to The Hague and provide the unequivocal public support needed for domestic war crimes prosecutions.”

The Parliamentary Assembly for the Council of Europe - Europe's top rights watchdog - is expected to pass a resolution on war crimes prosecution in the Balkans and urge states to take over the work of the Hague-based United Nations war crimes tribunal for the former Yugoslava in bringing war crimes indictees to trial.

The 32-page briefing paper evaluates the progress of the War Crimes Chamber since it was established in 2003 to complement the International Criminal Tribunal for the former Yugoslavia (ICTY).

The ICTY will only try a limited number of top-level indictees before its mandate ends in 2010. The remaining lower- and mid-level offenders need to be tried in national courts, including in Serbia, Human Rights Watch notes.

To date the War Crimes Chamber has completed three trials (one of which is being retried), and three more are underway. An estimated 32 to 35 cases are currently in the pre-trial or investigative stage, including cases relating to war crimes in Kosovo and Croatia.

Completed trials include the Ovcara case in which 16 people were tried for the murder in 1991 of 200 non-Serbs taken from the hospital in Vukovar, Croatia, and killed at a nearby pig farm. The trial was also completed for the Scorpion case relating to execution of up to 8,000 Muslim civilians from Srebrenica by Serb paramilitaries in 1995.

"The fact that most of the chamber’s cases involve the prosecution of Serbs for the killings of non-Serbs is an important achievement in itself," said Darehshori.

In the past three years the War Crimes Chamber has taken important steps to improve cooperation with Bosnia and Croatia. New measures to ensure witness protection have been put in place, and prosecution efforts have received greater media coverage, Human Rights Watch said.

However, the War Crimes Chamber has a long way to go. Much of Serbia remains unaware of the War Crimes Chamber’s work. It is unclear whether the prosecutor and his investigators have power under Serbian law to prosecute high-ranking officials on the basis of command responsibility, or the commitment necessary to do so.

Moreover, a series of Supreme Court reversals and an acquittal and a five-year sentence in the Scorpion case may make victims and witnesses unwilling to come forward and testify in Serbia, Human Rights Watch pointed out.

“The winding down of The Hague tribunal makes domestic prosecutions in Serbia all the more important,” said Darehshori. “National prosecutions are essential for ensuring justice and exposing people in Serbia to the reality of the crimes committed by Milosevic’s regime.”

Human Rights Watch recommended the Serbian authorities amend legislation to remove the ban on extradition of nationals accused of committing war crimes, placing the war crimes investigation unit directly under the control of the War Crimes Prosecutor’s Office, and providing "unequivocal and public support" from high-ranking Serbian officials for the work of the War Crimes Chamber and Prosecutor.