Human Rights Watch said its Tashkent representative Igor Vorontsov had been denied work accreditation, then told by the Uzbek authorities while he was abroad that he would not be allowed to return to the country. 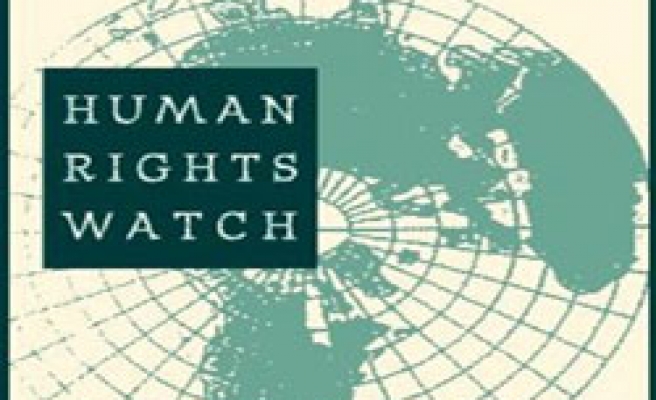 Uzbekistan has barred a representative of Human Rights Watch from the country despite an EU condition for the lifting of sanctions on the Central Asian state, the rights group said on Friday.

Human Rights Watch said its Tashkent representative Igor Vorontsov had been denied work accreditation and then told by the Uzbek authorities while he was abroad that he would not be allowed to return to the country.

It said this was despite the fact that the European Union had made accreditation of a Human Rights Watch representative one of the criteria for a formal ending of sanctions against Uzbekistan.

"The Uzbek government is mocking the EU, and Brussels should respond forcefully to make clear it won't accept this kind of behaviour," Veronika Szente Goldston, Europe and Central Asia advocate at Human Rights Watch, said in a statement.

"This is a real test of the Uzbek government's commitment to human rights and of the EU's resolve to insist on real reform."

The rights group called on EU ambassadors due to meet the Uzbek authorities on July 28-29 to discuss rights abuses and to insist that EU rights criteria are met.

"Tashkent has not only failed to make meaningful progress toward meeting the EU's calls for rights improvements, it has actually backtracked in a number of respects," it said, highlighting the arrest of a journalist and a rights activist in recent weeks.

The statement said Uzbek authorities had said they would would consider an alternative candidate for the Human Rights Watch post, but that this candidate should not be Russian. It called this discriminatory and inappropriate interference.

The rights group said Uzbekistan continued to detain at least 11 other rights activists and journalists for politically motivated reasons.

It had also failed to address impunity for torture or to provide justice for the May 2005 massacre in the town of Andijan, where witnesses said troops killed hundreds of people, including women and children, when firing on unarmed protesters.

Rights groups have been upset by a gradual easing of EU sanctions on Uzbekistan despite a lack of progress on rights.

The EU imposed visa bans on senior Uzbek officials in response to Andijan, but these have since been suspended and are due to expire in October, largely due to pressure by Germany, which is keen to protect its interests in Uzbekistan.

These include a military base used to supply its troops stationed in Afghanistan as part of a NATO mission there.