Spain's rival Socialists and conservatives fought to a virtual tie in local elections Sunday, highlighting the deep divisions in the country a year before national elections. 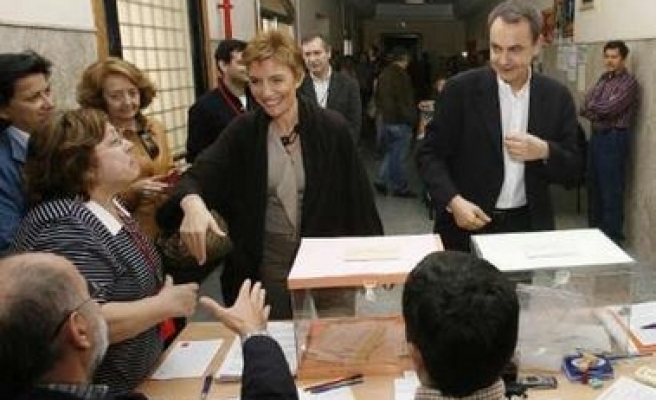 Spain's rival Socialists and conservatives fought to a virtual tie in local elections Sunday, highlighting the deep divisions in the country a year before national elections.

The voting was the first big test of Socialist Prime Minister Jose Luis Rodriguez Zapatero's government since he came to power in March 2004 in the wake of the Madrid train bombings. The attacks, which killed 191 people, led to the downfall of the conservatives in power at the time.

In Sunday's election, the conservative Popular Party captured 36.63 percent of the vote, compared to 36.05 percent for Zapatero's Socialists. The parties retained most of their strongholds, with the conservatives winning in Madrid and Valencia and the Socialists capturing Seville and Barcelona.

Nevertheless, the conservatives claimed victory and the momentum heading into the 2008 general elections.

"The Popular Party has won the elections," Angel Acebes, the party's second-ranking official told supporters. "We are the party of trust, the party of the future."

In the Basque region and neighboring Navarra, also home to many Basque nationalists, police put down protests by residents angry over court rulings that barred most of the candidates endorsed by Batasuna, the outlawed political wing of the armed ETA.

During the campaign, opposition leader Mariano Rajoy said Zapatero had betrayed Spaniards by negotiating with ETA in a once-promising peace process that fell apart after a bombing at the Madrid international airport in December that killed two people. Last Mod: 28 Mayıs 2007, 09:48
Add Comment