Scientists have expressed concern about the use of autonomous decision-making robots, particularly for military use. 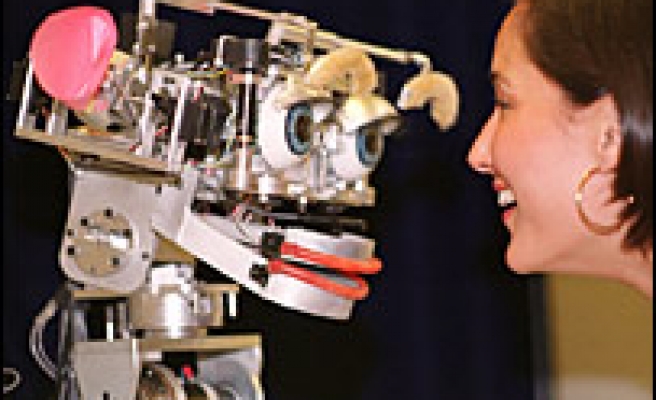 As they become more common, these machines could also have negative impacts on areas such as surveillance and elderly care, the roboticists warn.

The researchers were speaking ahead of a public debate at the Dana Centre, part of London's Science Museum.

Discussions about the future use of robots in society had been largely ill-informed so far, they argued.

Autonomous robots are able to make decisions without human intervention. At a simple level, these can include robot vacuum cleaners that "decide" for themselves when to move from room to room or to head back to a base station to recharge.

Increasingly, autonomous machines are being used in military applications, too.

Samsung, for example, has developed a robotic sentry to guard the border between North and South Korea.

It is equipped with two cameras and a machine gun.

"If an autonomous robot kills someone, whose fault is it?" said Professor Winfield.

"Right now, that's not an issue because the responsibility lies with the designer or operator of that robot; but as robots become more autonomous that line or responsibility becomes blurred."

Professor Noel Sharkey, of the University of Sheffield, said there could be more problems when robots moved from military to civil duties.

"Imagine the miners strike with robots armed with water cannons," he said. "These things are coming, definitely."

The researchers criticised recent research commissioned by the UK Office of Science and Innovation's Horizon Scanning Centre and released in December 2006.

The discussion paper was titled Utopian Dream or Rise of the Machines? It addressed issues such as the "rights" of robots, and examined developments in artificial intelligence and how this might impact on law and politics.

In particular, it predicted that robots could one day demand the same citizen's rights as humans, including housing and even "robo-healthcare".

The robo-rights scan was one of 246 papers, commissioned by the UK government, and complied by a group of futures researchers, the Outsights-Ipsos Mori partnership and the US-based Institute for the Future (IFTF).

At the time, Sir David King, the government's chief scientific adviser, said: "The scans are aimed at stimulating debate and critical discussion to enhance government's short and long-term policy and strategy."

Other scans examined the future of space flight and developments in nanotechnology.

The Dana Centre event will pick up some of these issues.

"I think that concerns about robot rights are just a distraction," said Professor Winfield.

Caring for an ageing population also raised questions, he said.

Robots were already being used in countries like Japan to take simple measurements, such as heart rate, from elderly patients.

Professor Sharkey, who worked in geriatric nursing in his youth, said he could envisage a future when it was "much cheaper to dump a lot of old people" in a large hospital, where they could be cared for by machines.

Scenarios like these meant that proper debate about robotics was imperative, he added.

"In the same way as we have an informed nuclear debate, we need to tell the public about what is going on in robotics and ask them what they want."