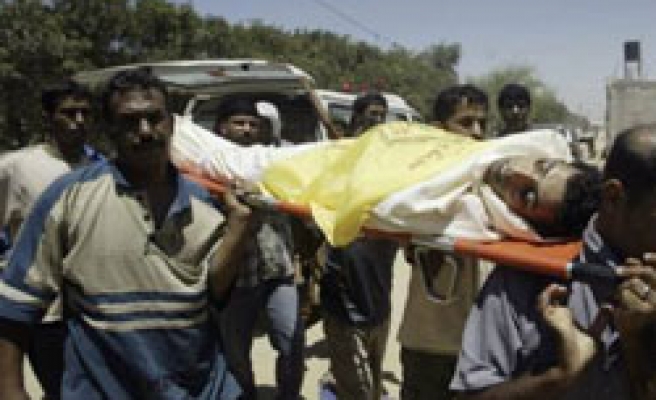 A rocket fired from Gaza Strip landed in southern Israel on Saturday, causing no injuries or damage, Israeli police said.

A spokesman for the Islamist Hamas armed wing identified the dead man as Mahmoud Assi, a Hamas fighter. The spokesman said he was killed in a clash with Israeli forces near the town of Qalqilya in the central West Bank.

Palestinian Prime Minister Salam Fayyad said Friday that he sent a letter to an American peace monitor complaining that recent Israeli military raids in the West Bank undermine his administration.

Prime Minister Salam Fayyad called on Palestinians on Thursday to ignore an Israeli army attempt to shut down a major commercial centre in Nablus.

The Egyptian-brokered truce began on June 19.

Thursday, Israeli troops shot dead an unarmed member of the Al-Aqsa Martyrs Brigades as he tried to cross a border fence from Gaza into Israel. It was the first breach along the Israel-Gaza border since the start of the ceasefire.

Hamas arrested seven men who fired rockets into Israel from Gaza, in the first such detentions since the truce began.