In this case, prosecutors sought to find out how 58-year-old Nastase, who led a government between 2000 and 2004, acquired property in central Bucharest during his mandate. 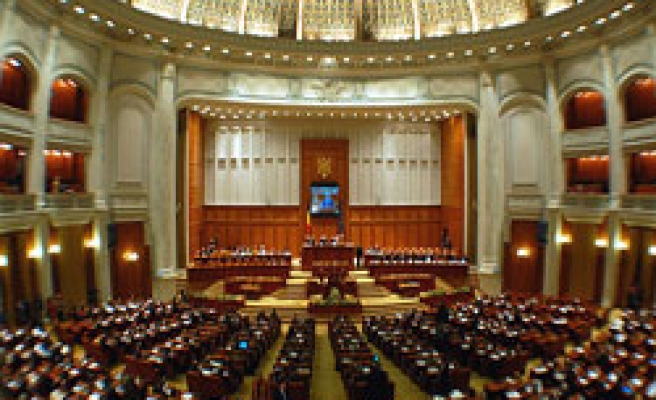 Romanian lawmakers rejected a request to launch a corruption investigation against former Prime Minister Adrian Nastase on Wednesday in a case seen as a test of the European Union newcomer's justice reforms.

The vote on the probe, one of several that prosecutors want against Nastase, came after the EU's executive accused Romania of dragging its feet on fighting graft, particularly among top politicians, and blamed parliament for blocking investigations.

In this case, prosecutors sought to find out how 58-year-old Nastase, who led a government between 2000 and 2004, acquired property in central Bucharest during his mandate.

However, deputies voted 150 to 120 to block the request, which needed parliamentary approval under Romanian law.

Nastase, head of the opposition, former communist Social Democrat Party (PSD), denies any wrongdoing and has accused prosecutors of bias and political manipulation.

"This is the parliament's will. Deputies labelled this case as a political one and they did not want to play the game of those who orchestrated it," said PSD Vice-president Ilie Sarbu.

Parliament also rejected a request to probe bribery allegations against Miron Mitrea, transport minister in Nastase's government. Prosecutors have asked parliament for approval in two other cases against Nastase.

The EU's executive Commission, which has monitored Romania's progress in reforming the judiciary and fighting graft since it joined the bloc in 2007, said in July there was political and judicial obstruction to its fight against graft.

Further delays could cost Romania part of its aid from the EU, which cut subsidies to neighbour Bulgaria in July because of its failure to curb organised crime and fraud.

And analysts said Romania's anti-graft fight suffered again this week when its justice minister sacked the chief anti-graft prosecutor, a man praised by Brussels but accused at home for bias. They added Wednesday's vote had not helped the situation.

"This is a clear signal showing that they will be blocking any attempt to prosecute high-level graft," said Alina Mungiu-Pippidi, head of Romania's Academic Society think tank.

"Such an approach to shield suspect politicians may place Romania in the same boat with Bulgaria within one year."