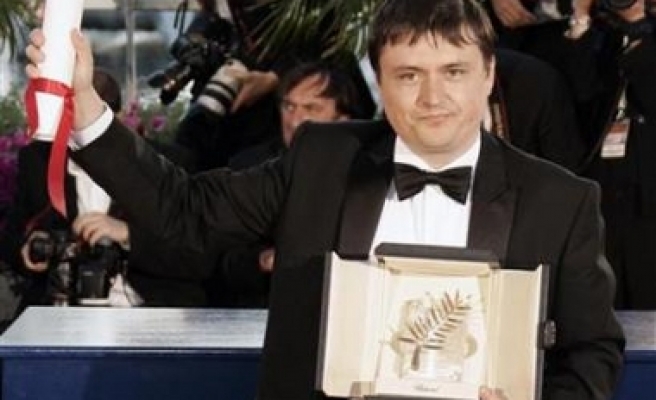 The film, which stars Anamaria Marinca as a young woman attemptingto arrange an illegal abortion, is set during the last dark days of Nicolae Ceaucescu's reign.

Just 24 hours earlier one of the festival's other main sections, Un Certain Regard, which seeks to promote upcoming new directors talent, gave its top award to another Romanian director Cristian Nemescu for his film California Dreamin'.


Nemescu died in a tragic car accident last August at the age of only 27.


Moreover, nearly 17 years after the movie industry across Central and Eastern Europe was almost wiped out by the implosion of communism, this year's Cannes has helped to underscore the resurgence in moviemaking across the region with a raft of Eastern European films shown across the festival.


With Cannes celebrating its 60th anniversary this year, the jury also awarded a special prize to American director Gus van Sant for his movie Paranoid Park, which told a downbeat coming of age story about a young skateboarder who accidentally kills a man.

The festival jury, presided over by British director Stephen Frears, awarded Japanese director Naomi Kawase the Grand Prix for her The Mourning Forest (Mogari no mori), which draws on a theme running through the 12-day fest: people coping with a sense of loss and grieving.

US painter-turned-director Julian Schnabel won the festival's director prize for his visually and emotionally moving The Diving Bell and the Butterfly, on the life of a man trapped inside his own
body.

The best actress award went to Korea's Jeon Do-yeon, for her role in Secret Sunshine by leading Korean director Lee Chang-dong. She played a woman's attempting to find peace after suffering a terrible personal tragedy.

With a series of strong performances by women throughout the festival the prize for best actress was keenly awaited.

Russia's Konstantin Lavronenko won the festival's best actor award for his portrayal of a man in Russian director Russian director Andrei Zviaguintsev's Izgnanie (The Banishment) who is told by his wife that she is pregnant with someone else's child.

German-Turkish director Faith Akin won best screenplay for The Edge of Heaven (Auf der Andere Seite), which was a movie much like the filmmaker's own story about a generation of immigrants caught between two cultures.