Syria's ruling National Progressive Front has won parliamentary elections in which the only challenge came from independents. 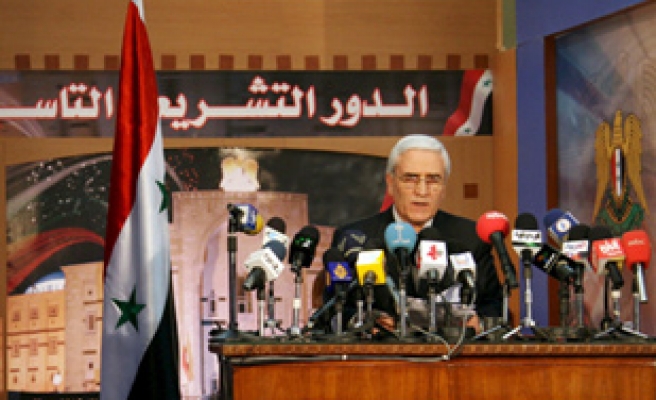 Syria's ruling National Progressive Front has won parliamentary elections in which the only challenge came from independents.

The Front, which is dominated by the Baath party of Bashar al-Assad, the Syrian president, took 172 seats, five more than the 167 reserved for it under the constitution.

According to official results announced by Bassam Abdel Majid, the interior minister, a further 78 seats in the weekend's two-day elections went to independents amid a boycott by the opposition bloc.

The Front has won every election since its formation in 1973. The Baath party has ruled Syria under a state of emergency ever since it seized power in 1963.

In the outgoing parliament, the Front held only its minimum reserved quota of 167 seats.

On the twin polling days on Sunday and Monday, only small numbers of voters were seen in the polling stations in the capital, Damascus.

He said about 12 million Syrians were of voting age and just over 7.4 million had registered and nearly 4.16 million turned out.

"The new People's Assembly includes 180 new members and 70 who have been re-elected," he said, adding that there were also 30 women members in the new parliament.

Naji Otri, the prime minister, won re-election in the second city of Aleppo.

The parliamentary elections were the second held since al-Assad succeeded his late father Hafez in July 2000.