A possible ban on Turkey's ruling party could result in the suspension of membership talks with the European Union, Foreign Minister Ali Babacan warned in comments published Thursday. 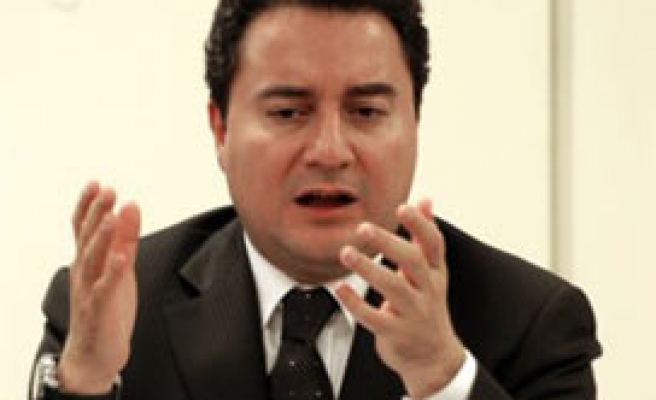 A legal onslaught to outlaw the Justice and Development Party (AKP) for undermining Turkey's secular system and ensuing political tensions in Ankara "are extremely negative developments for the EU accession process," the mass-selling Sabah daily quoted Babacan as saying.

"If things go farther, relations with the EU will deteriorate badly and even the suspension of the negotiation process will come to the agenda," he said.

Turkey's chief prosecutor earlier this month asked the Constitutional Court to close down the AKP, to which Babacan also belongs, on accusations of pursuing religiously motivated policies.

The court will decide within several days whether the indictment is admissible. A final verdict in the case is expected to take up to six months.

The prosecutor's move has raised fears that political tensions will stall reforms required for Turkey to join the EU.

The EU has already frozen talks with Turkey in eight of the 35 policy areas that candidates are required to complete.

Critics have decried the prosecutor's move as a blow to democracy and a fresh attempt by hardline secularists to stop the AKP following its re-election for a second five-year term with almost 47 percent of the vote in July.