Georgia's Interior Ministry said that troops had destroyed the bridge in the Kaspi region west of Tbilisi, "paralysing the Georgian railway network". 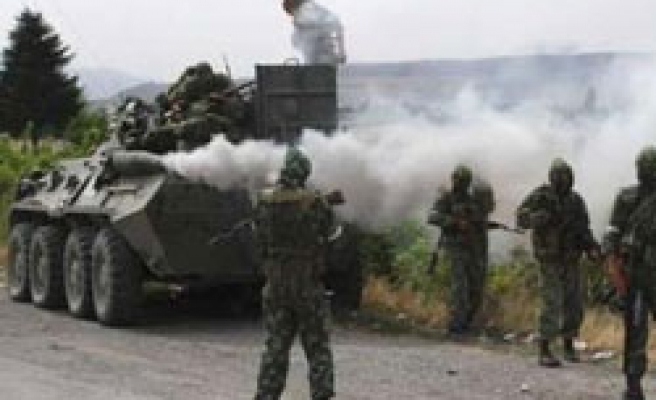 Russia's General Staff denied on Saturday a Georgian government accusation that Moscow's troops had blown up a key railway bridge west of the capital Tbilisi.

"We are now in peacetime. Why should we be blowing up bridges when our job is to restore ?" Colonel-General Anatoly Nogovitsyn, deputy chief of the General Staff, told a daily official military briefing.

"This therefore can only be yet another completely unverified statement. We are not conducting bombardments. I can say with full responsibility that this cannot be the case."

Georgia's Interior Ministry said on Saturday that Russian troops had blown up a railway bridge about 45 km (30 miles) from the Georgian capital Tbilisi.
Ministry spokesman Shota Utiashvili said troops had destroyed the bridge in the Kaspi region west of Tbilisi, "paralysing the Georgian railway network". Reuters could not independently verify the report.

A Reuters correspondent saw Russian armoured personnel carriers and soldiers advance to the area on Friday from the Russian-occupied town of Gori near breakaway South Ossetia.