Russia does not regard Iran as threat, says Lavrov

Russia does not regard Iran as a threat, Russian Foreign Minister Sergei Lavrov said at a press conference in Tehran. 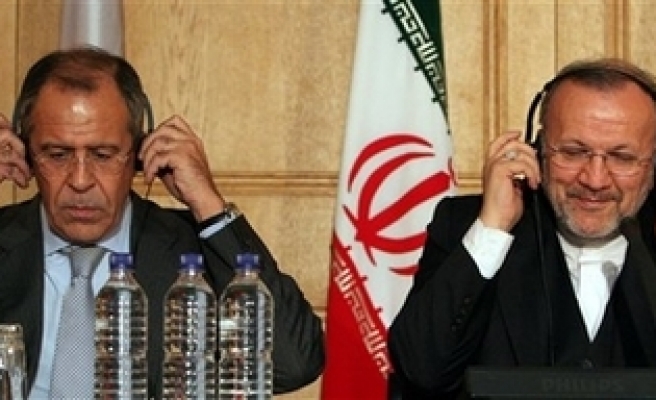 Russia does not regard Iran as a threat, Russian Foreign Minister Sergei Lavrov said at a press conference in Tehran Wednesday.

Lavrov was replying to a question on whether Russia would go ahead with its plan to use a radar station in Azerbaijan to ensure better protection against a possible missile threat.

The Russian official, who was in Tehran to attend a meeting of foreign ministers of Caspian Sea countries, said through an interpreter that US allegations in this regard were solely for justifying the launch of a missile shield in Europe.

The United States are planning to deploy 10 interceptor missiles in Poland and a radar site in the Czech Republic as part of an anti- ballistic missile shield system against Iranian threats.

During the G8 summit, Russian President Vladimir Putin had made a surprise offer to share the use of a radar station in Azerbaijan with the US.

Iran's National Security Adviser Ali Larijani had described the US missile shield as the 'joke of the year,' saying that Iranian missiles could not reach Europe and that it would be absurd for Tehran to target its most important political and trade partners.

Lavrov further stressed that Russia would fulfil its commitments at the Bushehr nuclear power plant in southern Iran and that relevant experts would soon meet to discuss the details.

Russian contractor Atomstroiexport, which is building the nuclear power plant in the Gulf port of Bushehr, had announced earlier this year that there would be a delay in the completion of the plant due to a financial dispute with Tehran.

Iran rejected the claims and said all payments had been made on time.

Despite several bilateral talks in Tehran and Bushehr, no substantial agreement was reportedly reached.

The Iran-Russia joint project was originally supposed to be completed at the beginning of the millennium but has been delayed several times.

The most recent agreement between the two sides signed last September in Moscow envisioned the supply of nuclear fuel in March 2007, the physical launch of the plant in September and the energy launch in November.

Iran had warned Russia not to link the project with the international dispute over Iran's nuclear programme and 'politicize' the Bushehr plant.