Russia called on Israel on Friday to lift its blockade of the Hamas-controlled Gaza Strip, saying it was "unacceptable". 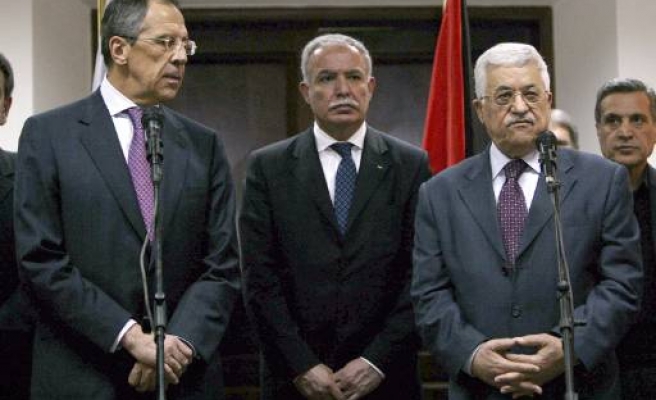 "The blockade of the Gaza Strip is unacceptable and should be lifted to allow Gazans to have a normal life," Russian Foreign Minister Sergei Lavrov said after meeting Palestinian President Mahmoud Abbas in the West Bank city of Ramallah.

"We stressed (to Lavrov) that the peace process requires total calm and a halt to settlement activities," Abbas said.

Lavrov said of Israel's expansion of the settlements: "We demand that they be stopped."

Russia is preparing to host a Middle East peace conference this year that will try to relaunch talks between Israel and Syria about the occupied Golan Heights.

Abbas told Lavrov that he would attend the conference but Israeli officials said Olmert, who met the Russian foreign minister on Thursday, was cool to the idea.

"The timetable for this conference will be set in the near future," Lavrov said.