'The recognition of Kosovo's independence in defiance of Serbia's objection gives a powerful impetus to separatist movements all over the world,' Vladimir Chizhov said. 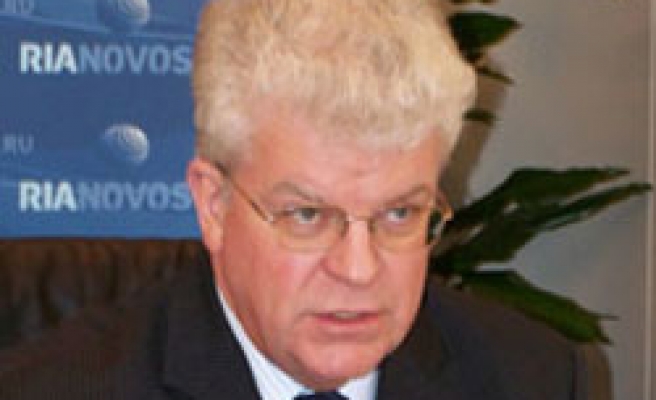 Countries recognizing the unilateral declaration of independence by Kosovo are encouraging separatist tendencies all over the world, Russia's envoy to the European Union said on Friday.

Kosovo declared independence on February 17, and has since been recognized by the United States, Australia, and most EU countries, among others.

Serbia reacted angrily to the declaration of sovereignty by Pristina, with Belgrade calling the move "a travesty of international law," and refusing to recognize the "world's newest state." Mass protests followed in the Serbian capital, leading to riots and attacks on the embassies of those countries supporting independence for Kosovo.

"The recognition of Kosovo's independence in defiance of Serbia's objection gives a powerful impetus to separatist movements all over the world," Vladimir Chizhov said, adding that there were currently about 200 unrecognized republics in the world.

Moscow has said it will block any move by Kosovo to join the United Nations.

Georgia's breakaway republic of Abkhazia said on Thursday it would seek recognition from Russia and the European Union.

Last week leaders of both Abkhazia and South Ossetia, which saw bloody conflicts after they declared independence from Georgia in 1991, said that Kosovo's independence, should be taken into account as far as their sovereignty is concerned.

Russia has repeatedly said the recognition of the Balkan region's independence will set a precedent for other breakaway regions, including in the former Soviet Union.

Political analysts fear that the declaration of independence by Kosovo, and its subsequent recognition by Western powers, will open up a Pandora's Box of separatist issues in Europe and beyond.