It took one year and a half from Russian experts to make the gold copy of the Holy Qura'n. 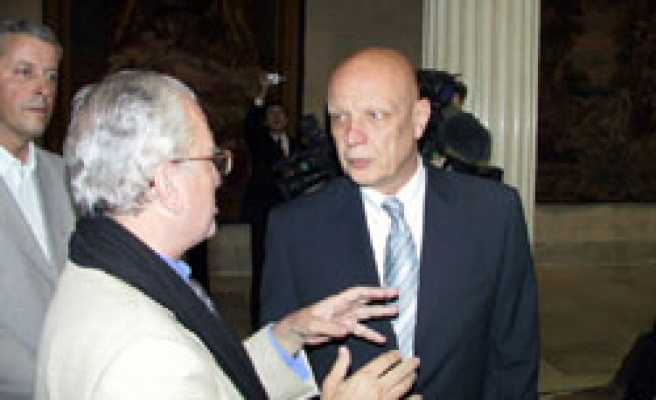 Russian officials and intellectuals opined that Russian Federation deeply respected the religion of Islam, its value and civilizational heritage, citing the recent making of a gold copy of the Holy Qura'n as an unequivocal paradigm.

At a ceremony held at Bushkin Museum of Fine Arts on Monday marking the showing of the gold Qura'n, Russian Deputy Foreign Minister Alexander Sultanov said the event reflected Russia's much attention to the civilizational heritage and rich value of Islam.

The showing of the gold Qura'n at this place constitutes an additional indication of inter-faith coexistence in Russia, he said, hailing Russia as a unique country that provides a comfortable oasis to coexistence among heavenly religions.

The Russian official stressed the significance of deepening the civlizational and cultural heritage of religions as part of efforts to crystallize Russian civilization, boasting that the Russian initiative came at a time when the world was locked in strained relations over religions.

The ceremony was attended by a host of Arab and Muslim ambassadors, clergymen, orientalists and media representatives.

For his part, Arab League Representative to Russian Federation Gomaa al-Farjani, on the same occasion, spoke highly of Russia for making a gold copy of the Holy Qura'n, while the Islamic civilization was being unfairly distorted.

He also appreciated Russia's favorable attitudes towards the existing relation with both Arab and Muslim worlds.

Such attitudes were reflected by a recent visit by Russian President Vladimir Putin to several Arab nations, including the Kingdom of Saudi Arabia, he noted. It took one year and a half from Russian experts to make the gold copy of the Holy Qura'n.