Russia may be preparing Abkhazia recognition-EU

Russia may be preparing to recognise Georgia's breakaway republic of Abkhazia, weeks after Kosovo's Western-backed independence from Serbia, a senior EU official said on Monday. 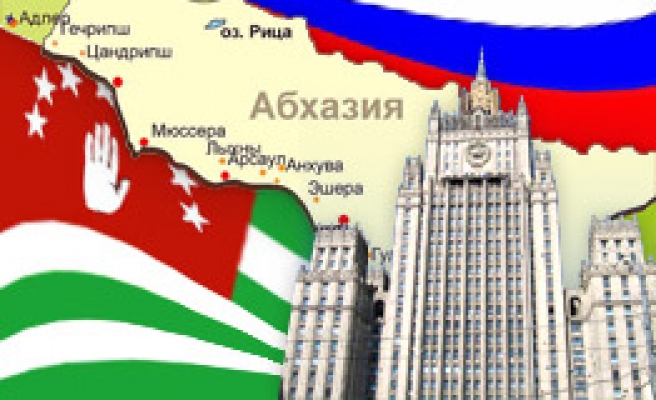 Russia dropped formal trade restrictions on the rebel region on Thursday, prompting the pro-Western Georgian government to accuse Moscow of trying to destabilise the Caucasus region.

"There is a growing preoccupation and anxiety that Russia may be paving the way for recognition of Abkhazia," EU External Relations Commissioner Benita Ferrero-Waldner said while reaffirming EU support for Georgia's borders.

"Georgia's territorial integrity has always been clearly supported by the EU...this is absolutely clear," she told a news conference before EU foreign ministers were due to discuss Georgia at their monthly meeting in Brussels.

"We will be discussing Georgia and...what can we do in order to support more strongly Georgia in a difficult situation."

She said two EU states, Sweden and Poland, had written to the EU to call for the bloc to do more to stabilise Georgia ahead of the country's parliamentary election in May. Ferrero-Waldner said EU help could include easier visas and a trade pact.

Some analysts have linked Moscow's move to Kosovo's declaration of independence from Serbia last month, which was backed by the West but strongly opposed by Russia.

Moscow had maintained a formal ban on trade with Abkhazia from 1996, though Georgia says Russia had for years also provided financial aid to prop up the rebels.

Georgian politicians have said the lifting of Russia's formal sanctions on Abkhazia relieves Moscow of obligations not to send weapons, military equipment or Russian mercenaries there.

Abkhazia has repeatedly pressed for international recognition and followed up Kosovo's unilateral declaration of independence with a renewed diplomatic campaign over the past three weeks.