Main competition has been taking place between Russia and the US, as the latter has already raised its concern to Ankara that purchase of Russian missiles will create an interoperability problem with NATO. 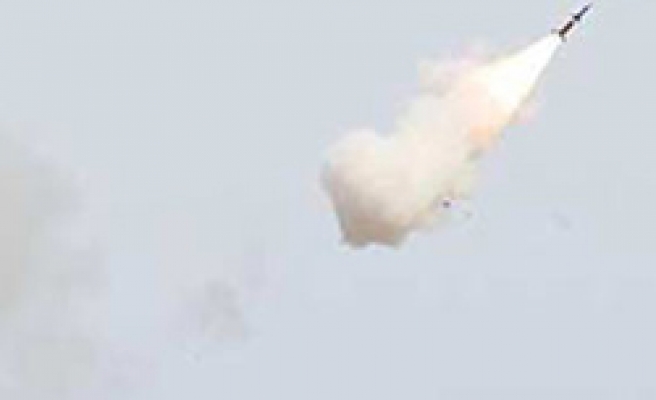 Russia has renewed an earlier offer for the direct sale of S-400 missiles to Turkey as an alternative to Russian participation in a tender opened by Ankara for the acquisition of long-range air and missile defense systems, both Turkish and Russian defense industry officials have said.

The Russian offer was made during a meeting held in mid-June in Moscow between Turkish and Russian military officials. Military officials from the Turkish Defense Ministry have reportedly told the Russian side that Moscow's offer could be considered by the Undersecretariat for the Defense Industry (SSM), the civilian military procurement agency, but not by them.

The SSM earlier turned down a Russian offer for the direct sale of S-400 missiles through state-to-state negotiations, advising Russia to participate in the tender.

Official Russian procurement agency Rosoboronexport bought the request for proposal (RfP) issued last year in March by the SSM for the acquisition of about a dozen missile systems worth a total of around $4 billion. But Rosoboronexport has not submitted the RfP yet, instead renewing its earlier offer to sell the S-400 missiles direct in state-to-state negotiations.

Turkish local defense industry sources believe that the SSM would not agree on direct purchase of the Russian missiles, but stick to its earlier policy of acquiring the missiles through an international competition.

However the SSM might be inclined to favor the Russian systems if Moscow comes up with an offer to transfer high technology as well as more work share to the local companies in the project, supporting a Turkish policy of putting emphasis on boosting local industry that has increased the ratio of domestic-to-foreign defense production from 25 percent in 2003 to around 40 percent currently.

The only condition for Russia to sell its more advanced S-400 missiles will be if Turkey agrees to hold state-to-state talks for their direct sale, said the same sources, adding that the tender does not guarantee Russia winning the project.

American Lockheed Martin and Raytheon have jointly offered a combination of Patriot Advanced Capability-3 (PAC 3) and PAC 2 low-to-high-altitude SAMs based on Foreign Military Sales (FMS) credit in the SSM tender.

The Chinese with the HQ-9 (reported export designation FD-2000) air-defense system, as well as Israel Aerospace Industries (IAI) with its Arrow missiles developed jointly with the American Boeing, are also competing in the tender.

However the main competition has been taking place between Russia and the US, as the latter has already raised its concern to Ankara that purchase of Russian missiles will create an interoperability problem with NATO.

Kathryn Schalow, spokeswoman for the US Embassy in Ankara, said in a public statement in March this year that US Defense Secretary Robert Gates, while in Ankara in late February, touched upon Turkey's missile procurement plans.

"Gates said that any [missile systems] purchase by Turkey should be in coordination with NATO's defense. He said that Turkey should discuss this issue with its NATO allies," she said.

Turkey is not expected to conclude the tender before early next year.