Russia has opened an espionage case after study on statements from Andrei Lugovoi, a suspect for poisoning former spy Alexander Litvinenko in London, news agencies reported on Friday. 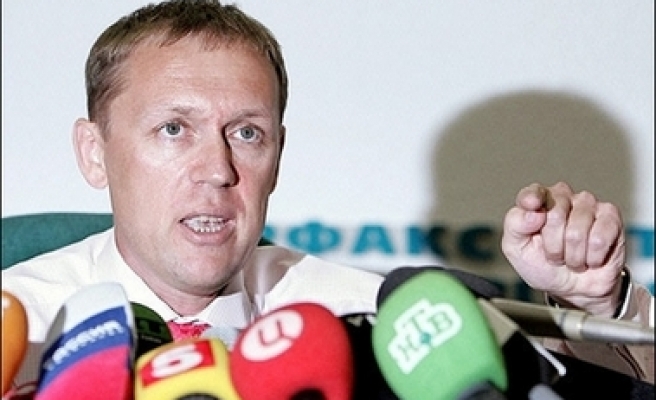 Russia has opened an espionage case after study on statements from Andrei Lugovoi, a suspect for poisoning former spy Alexander Litvinenko in London, news agencies reported on Friday.

"On June 14, 2007, the Investigatory Department of the Russian Federal Security Service (FSB) opened a criminal case based on espionage charges after an inquiry into Russian businessman Lugovoi's statement," Interfax news agency cited a FSB press release.

The FSB did not name any suspect but Lugovoi has claimed last month that Litvinenko and his partner, Russian tycoon in exile, Boris Berezovsky, had linkage with British foreign intelligence agency.

Russia has rejected to extradite Lugovoi after British prosecutors last month brought charges against him for poisoning Litvinenko last November, saying it will be against the Constitution.

Litvinenko died of radioactive poisoning, from Polonium 210, inLondon on Nov. 23.

Experts investigating his death have found radiation traces at a dozen locations and on two British Airways planes that flew the Moscow-London route.

Litvinenko, who was a strong critic of Russian President Vladimir Putin, accused the Kremlin of orchestrating his poisoning just before his death. Moscow has vehemently denied the charge.

The former agent, who had been arrested several times, fled to Britain with his wife and son in November 2000 and was granted asylum. He became a British citizen several weeks before his death. Last Mod: 15 Haziran 2007, 10:56
Add Comment