Libya has become an attractive market for both Russia and the West since 2003, when the U.N. Security Council lifted sanctions against the country viewed for decades as a pariah by Western countries. 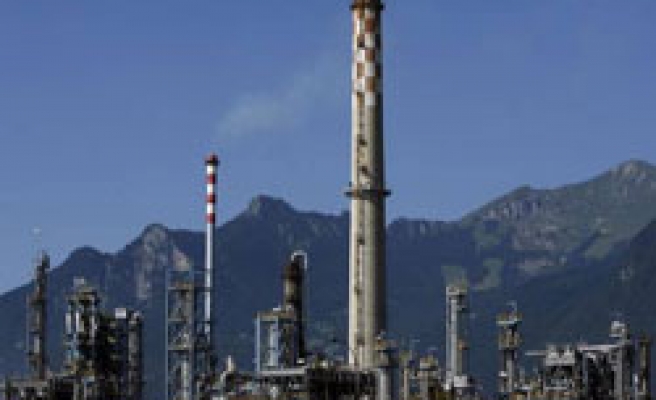 The prime ministers of Russia and Libya will meet in Moscow on Thursday for talks likely to centre on Moscow's hopes of rich contracts, including a share in a planned pipeline taking Libyan gas to Europe.

Libya, a major oil and gas exporter, has become an attractive market for both Russia and the West since 2003, when the U.N. Security Council lifted sanctions against the country viewed for decades as a pariah by Western countries.

A Russian government spokesman said Vladimir Putin and Libya's al-Baghdadi Ali al-Mahmoudi would discuss "coordination of efforts to carry out agreements reached at the April summit in Tripoli."

Putin, who was then Russian president, and Libyan leader Muammar Gaddafi oversaw in April the signing of a deal under which Moscow agreed to cancel $4.5 billion of Tripoli's debt in exchange for a promise of lucrative contracts for Russian firms.

Libya's natural gas is the biggest factor in Russia's drive.

During the Tripoli summit, Russia's gas export monopoly Gazprom showed interest in taking part in the construction of a new gas pipeline linking Libya and Europe.

It has not given details of the proposed volumes or timing.

Gazprom's plans are likely to irk Europe, which is struggling to find alternative sources of gas to lessen its dependence on Russia.

Gazprom and Eni formed a strategic partnership in 2006, which allowed for energy asset swaps, including those in Libya.

The two have said their deal could involve pipelines.

Libya's gas reserves are estimated at 52 trillion cubic feet, or 1.47 trillion cubic metres, though NOC said they could be more than twice as large at 120 tcf.

Pipelines to Europe are in line with Libya's ambitious plans to boost gas production to 3.8 billion cubic feet per day (bcfd) by 2015 versus 2.7 bcfd now.

Gazprom is also interested in buying additional volumes of Libyan oil and gas, and said it was eyeing a refining joint venture in Libya.

Gazprom also said earlier this month it was planning a joint venture in Libya to build electricity capacity.

In a clear attempt to ensure guarantees for the Russian investment, Russian Finance Minister Alexei Kudrin said in April that the debt would be cancelled once payments for the contracts arrived in Russian companies' bank accounts.