Russia said Saturday that it could not accept elements of a draft U.N. resolution onKosovo worked out by the United States and European Union nations, maintaining its strong opposition to a Western-backed plan for the Serbian province's independence. 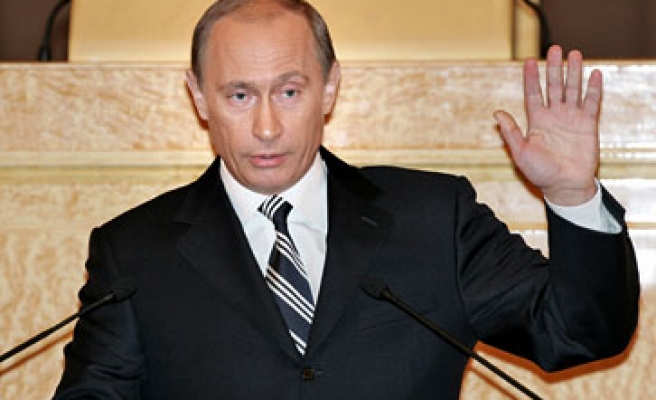 Russia said Saturday that it could not accept elements of a draft U.N. resolution on
Kosovo worked out by the United States and European Union nations, maintaining its strong opposition to a Western-backed plan for the Serbian province's independence.

"Of course, discussions with the document's authors are still ahead. But it's obvious that the draft resolution contains some elements which can't be accepted by us," Russia's Foreign Ministry spokesman Mikhail Kamynin said in a statement. He said talks must continue to help reach a compromise between the Serbs — who want Kosovo remain within Serbia's borders, and the ethnic Albanians who seek independence.

The United States and EU nations circulated a draft U.N. resolution Friday endorsing independence for Kosovo under international supervision despite strong objections from Russia, a permanent member of the U.N. Security Council with veto power.

Russia has warned strongly against putting a Kosovo independence plan to the vote, threatening to block it. Russian diplomats have avoided a clear statement on the question of a veto — alluding to the possibility, but making no firm statement.

"As we have said repeatedly, a real settlement of the Kosovo problem could only be achieved on the basis of accord between the parties, the Serbs and the Albanians in Kosovo, not on the basis of some enforced solutions," Kamynin said.

The United States and the EU nations supporting the draft said they want swift action on the resolution, which would end U.N. administration of the Serb province in 120 days and hand over the supervised transition to the EU. NATO-led troops would remain to help ensure security and an international civilian administrator would be appointed.
Last Mod: 12 Mayıs 2007, 23:55
Add Comment