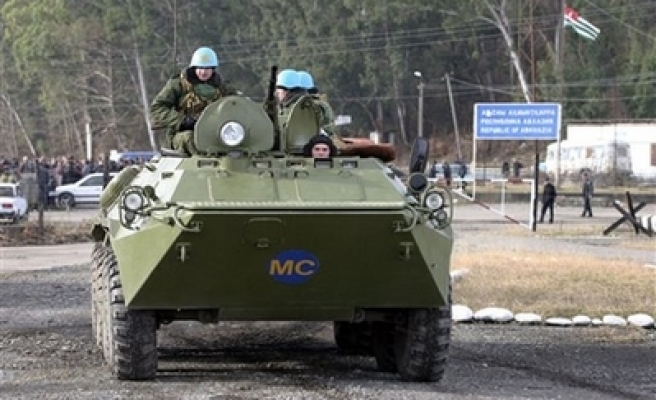 Russia announced this week it was deploying about 1,000 additional peacekeeping troops to the region to counter what it said were Georgian plans for an attack.

Georgia's pro-Western leaders have called the re-enforcement irresponsible and illegal. The Russian defense ministry said the contingent would remain within the 3,000 limit allowed under a United Nations-brokered ceasefire agreement signed in 1994.

"The contingent is completing the concentration of units in their deployment locations," Russia's RIA news agency quoted the defense ministry as saying in a statement.

"The Russian peacekeepers have begun equipping arms stores, vehicle parks and field kitchens. Operations are under way to guard the deployment points and fit out command points and communications systems."

A semi-tropical strip of land on the Black Sea coast, Abkhazia used to be the playground of the Soviet elite. It was left devastated by fighting between separatist forces and Georgian troops during the 1990s.

It is still recognized internationally as part of Georgia but has run its own affairs, with support from neighboring Russia, since the fighting ended.