Russia showed off on Tuesday the first modernised Tupolev Tu-160 strategic bomber, which a senior air force official said would help Moscow match the nuclear capability of a potential enemy. 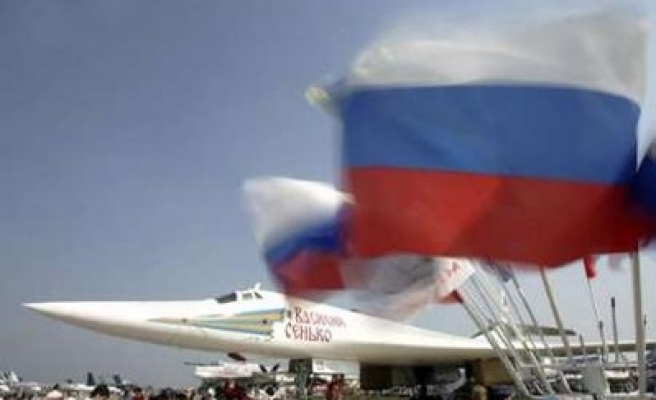 Russian television showed the giant, white-painted airplane releasing parachutes to slow down the speed as it landed at Engels airbase in the Volga region of Saratov after being upgraded at the Kazan Aviation Association.

The supersonic jet with variable-sweep wings is the heaviest combat aircraft ever built. Along with the Tu-95 turbo-prop, it resumed round-the-clock patrols across the world last year on the order of President Vladimir Putin after a break of 15 years.

These patrols along the borders of U.S. allies have brought back memories of Cold War-era muscle-flexing.

The upgraded aircraft has modern avionics with more advanced targeting and navigation systems.

"Together with Tu-95 airplanes, this number is capable of solving tasks of upkeeping nuclear parity with our possible enemy and safeguard the security of our state."

He did not name the potential enemy. Russia's nuclear arsenal is the second largest in the world after that of the former Cold War foe the United States.

Alexei Fyodorov, head of state-owned United Aviation Company, said the upgrade of the Tu-160 showed Russia had managed to preserve and develop the technology needed to restart production of the aircraft, stopped in the early 1990s.

"I feel like my baby has just been born," crew commander Alexander Khabarov told Russia's ORT First Channel, shining with a smile and standing next to his modernised Tu-160.

Introduced in 1987, the Tu160 became Moscow's Cold War-era response to the U.S. B-1 B "Lancer" inter-continental bomber.

Codenamed "White Swan" by Russian pilots and "Blackjack" by NATO, it can carry and rapid-fire 12 cruise missiles with nuclear warheads, or carry 40 tonnes of bombs and fly for over 13,000 km (8,125 miles) without refuelling.