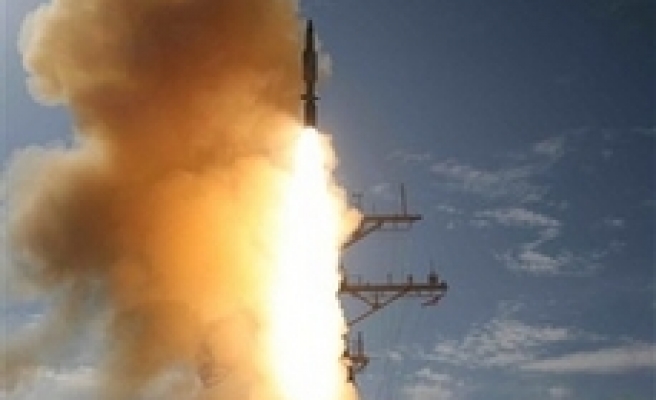 Russian President Vladimir Putin has pledged to bolster Russia’s missile defences at a time when relations between NATO and Russia are strained.

‘We are now entering a new and crucial stage of reequipping all of the strategic nuclear forces and operational and tactical systems,’ Ivanov was quoted by Interfax news agency as saying at a meeting in Votkinsk, an industrial town in central Russia.

‘I’m talking about both stationary and mobile Topol-M systems, equipped with various types of warheads, as well as Iskander-M systems.’

Designers developed the Topol-M missile in the 1990s and it now forms the bedrock of Russia’s long range missile capability, which Putin has said he wants to strengthen.

The Iskander-M missile is a new short range Russian-developed missile.

Arguments over the United States’s plan to build part of a missile shield in eastern Europe, and the reworking of a post-Cold War missile treaty have strained relations between Russia and NATO.

Earlier this month, Putin said he would order Russia to aim its missiles back at major European cities. Last Mod: 27 Haziran 2007, 15:10
Add Comment