Russia starts withdrawal from military base in Georgia

Russia started withdrawal of military facilities from its base in Akhakalaki, Georgia, a military official at the base said on Thursday. 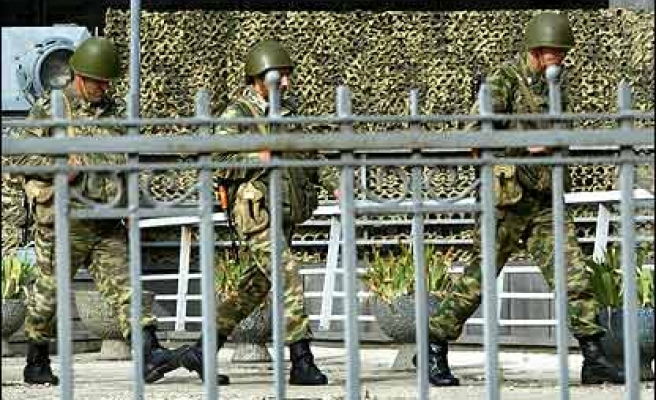 Russia started withdrawal of military facilities from its base in Akhakalaki, Georgia, a military official at the base said on Thursday.

Eighteen train carriages left on Thursday morning, loaded with 38 hardware units (22 motor vehicles and 16 trailers), said the official, who was not identified by name.

"This hardware was taken to a railway station in Akhaltsikhe (70 kilometers off Akhakalaki) beforehand and early on Thursday left for Russia," he was quoted by the Itar-Tass news agency as saying.

Later Thursday the train will cross the Georgian-Azerbaijani border and proceed via Azerbaijan heading for Russia.

Russia inherited four military bases in Georgia from the former Soviet Union and has withdrawn from two of them. Nearly 3,000 Russian servicemen are still deployed at Georgia's Akhakalaki and Batumi Russian bases.

Under Russian-Georgian agreements, Russia will complete its withdrawal operations in Akhakalaki before July 1, 2007, and Batumi before October 2008. Last Mod: 17 Mayıs 2007, 14:35
Add Comment