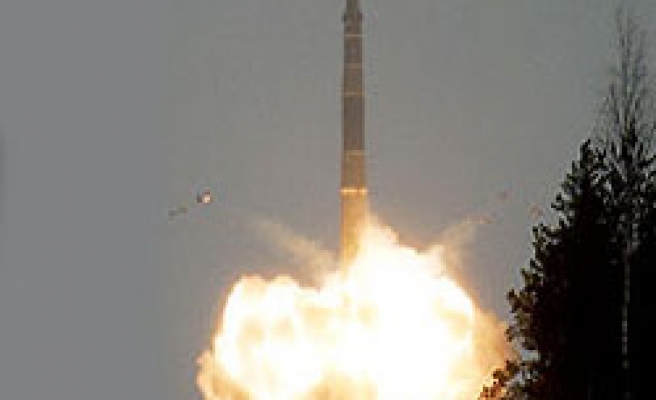 Gen. Nikolai Solovtsov said the weapons would be deployed in the European part of Russia adding, "the SMF will receive 11 up-to-date Topol-M ICBMs in two versions [silo and mobile-launched]."

The missile (NATO reporting name SS-27), with a range of about 7,000 miles (11,000 kms), is said to be immune to any current and future U.S. ABM defense. It is capable of making evasive maneuvers to avoid a kill using terminal phase interceptors, and carries targeting countermeasures and decoys.

It is also shielded against radiation, electromagnetic pulse, nuclear blasts, and is designed to survive a hit from any form of laser technology.

Gen. Solovtsov earlier said that Topol-M systems would be equipped with multiple independently targetable reentry vehicles (MIRV) in the next two or three years.