Russia's General Staff, Colonel-General Anatoly Nogovitsyn said that "We never use cluster bombs. There is no need to do so." 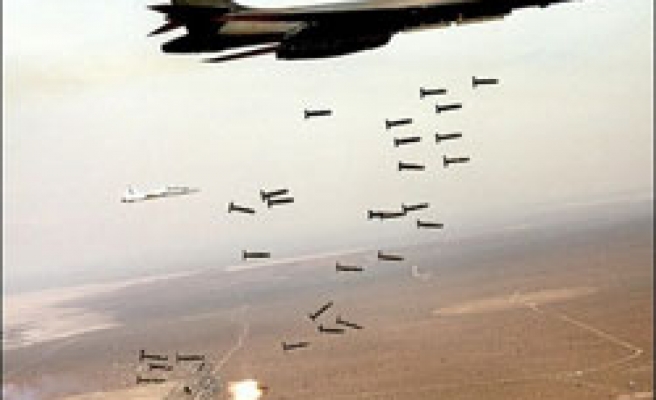 A U.S. human rights group on Friday accused Russia of dropping cluster bombs in populated areas of Georgia during its military offensive that began last week, but Moscow denied the charge.

Asked about the report, the deputy chief of Russia's General Staff, Colonel-General Anatoly Nogovitsyn, told a news conference: "We never use cluster bombs. There is no need to do so."

Reuters reporters on the ground could not immediately verify the cause of the rapid series of explosions near the main square in Gori, nor who might have been responsible.

The journalists were covering the aftermath of a Georgian pullout from the town after days of heavy fighting with Russian forces 25 km (15 miles) north in South Ossetia.

The rights watchdog cited interviews with victims, doctors and military personnel, as well as photos of craters and video footage of the Gori attack, to support its assertion that Russia had used cluster bombs.

It said video showed more than two dozen simultaneous explosions during the attack, characteristic of cluster bombs. The munitions contain dozens or hundreds of smaller submunitions or bomblets and explode across a broad area.

Reuters journalists had witnessed Russian jets bombing what appeared to be Georgian artillery positions on hillsides above the town earlier the same morning.

More than 100 nations have agreed to ban the use of cluster bombs. Russia has not.

The group called on Russia to provide "precise date on its cluster attacks in order to facilitate clean up of the inevitable lingering contamination from cluster bomb submunitions that failed to explode on contact but remain deadly."